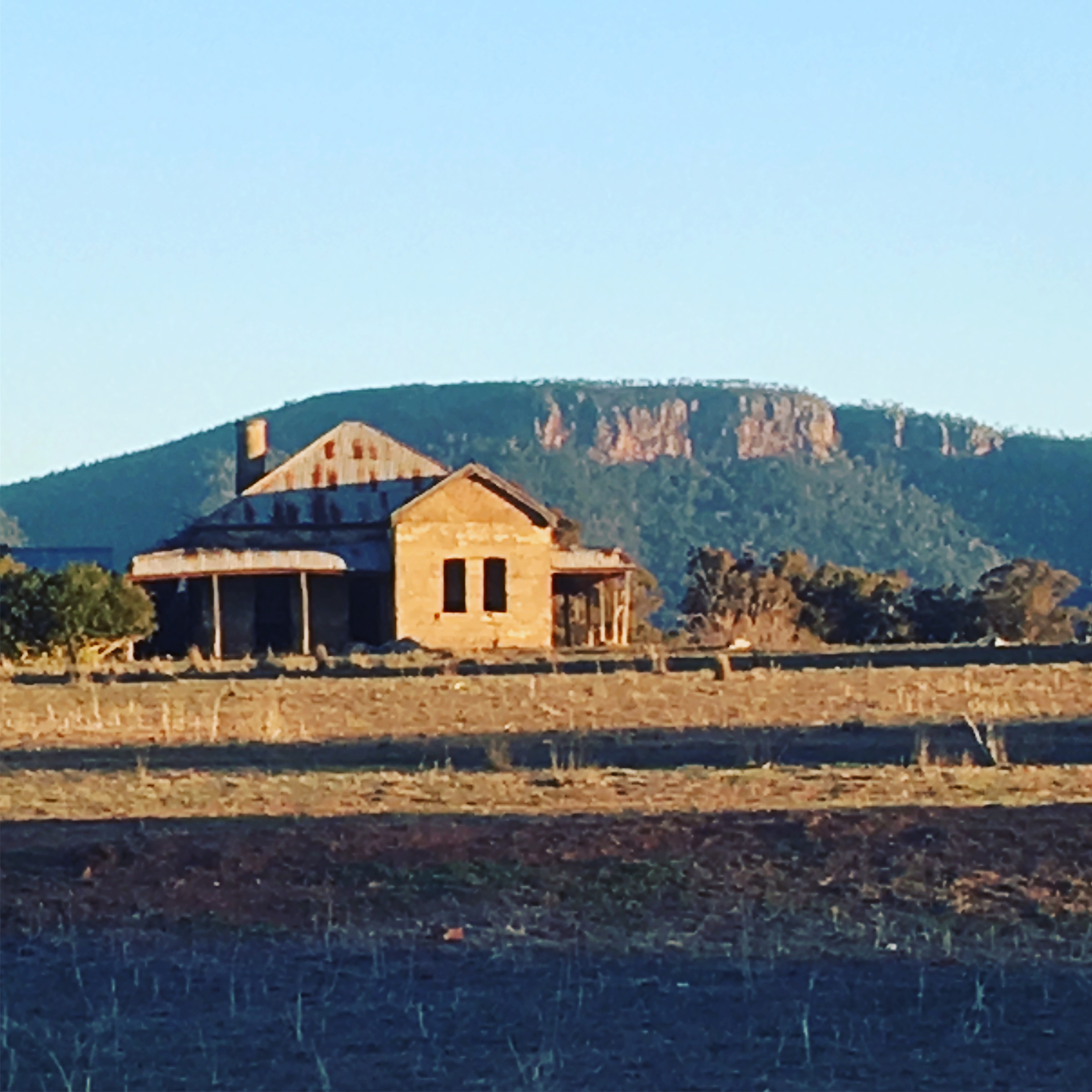 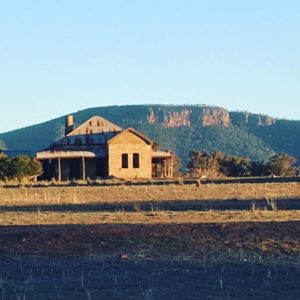 I will let you in on a secret: I have a time machine. I love to travel in time, back to when Australia was one of the most rural populations on earth, about 120 years ago. It is now one of the most urban nations. In our cities, we have lost some sense of the continuity of our lives, the collective essence that includes not only one another but our ancestors and their travails.

To travel back to that time when we were connected with the earth and to one another, to where many of our roots took shape, you only need a car, some knowledge of your family’s history, and an active imagination (assuming you are not a first or second generation Australian). It is that third component that is the engine of this amazing temporal and spacial distortion mechanism.

If you have turned on your imagination, and turned up, and you travel our land, you will stumble across so many abandoned homesteads, like this one I stumbled over west of Orange, NSW late one chilly winter afternoon, while travelling with close friends. We had to get out of the car and walk with ghosts.

This derelict abode is a remnant of a couple’s hopes and longings. Of early morning frosts and searing heat, endless droughts and fruitless fields, community dances and love stories, dinner bells and special roasts, of heartaches, losses and empty chairs. It is one long abandoned set of the dramas of young men sent off to war, never to return. Or returning so deeply scarred. Of widows left behind to care for children. Of all the windows broken and all the chairs empty. Of the whole place swept clean by time and the desire for designer houses.

Lest we forget. Not only those who served at the behest of distant powers that played stupid games of human chess, but all humanity drawn into this futile theatre. The plot was needless insanity, but the actors were sacred beings of light. I remember, not to sanctify the ignominy of war, but to honour the lives of all its victims.

Suffering is often how we remember. We usually wish we could forget suffering, and there are ways to take out the sting of the trauma, but, to quote C.S. Lewis, the pain now is part of the love then, you can’t have one without the other. Pain helps us remember. Not only our pain, but the pain of past generations, that lay the foundations of our stories.

This morning my friend Kent shared the story of his great grandfather, Private Robert Stanley Hamilton, who died of pneumonia in an army camp on 14th November 1915, a long way from home, before he saw active duty. He left behind a young mother and two tiny children, in poverty, in rural northern NSW. Because he saw no active service, he received no medals or fanfare or even earned a soldier’s pension. However, his loss is no less than the loss of any soldier. The grieving widow remarried, but her children were not really wanted by the new stepfather, so as soon as she could, her daughter, the daughter of this forgotten soldier, left home and married. In turn, she had her own daughter, who became my friend’s mother. He wrote:

“In the bigger picture, we are all the product of an endless, interweaving set of events and circumstances. An eternal and interlaced web of life. It goes beyond what my head can understand. The mere fact is that I feel connected to this man whom I never met, and who has died over a century ago and yet, I feel emotional about his story and the genetic links I have with him, which I am now passing on to my children. He is now but a story and a name. And yet now today, you also know.”

That word “remember” takes on salvific proportions in one short phrase: “Do this in remembrance of me….” The context is oddly impious and earthy, because it’s about the simple and delightful act of a meal. Meals that were shared with a common dish and no chairs. People reclined, leaning on one another, before firelight. This was intimate.

The Greek word translated “remembrance” is anamnesis. It is a beautifully feminine* word, contrasting the brutal form of masculinity that inevitably happens in its absence. There is no helpful English translation of this word. It does not merely mean memorial sacrifice, as many translate it. It means far more than to recall the event or the person. The best translation of anamnesis that I have heard is to re-animate that moment in time with the deepest fondness, with profound sacred immediacy.

This is the gift of imagination. We remember, that we might live again, and be healed. Anamnesis is the gift of shrinking time and space to the tiny singularity of my very body and this very moment. You will know when you have arrived. Some mix of tears, silence (not only for a minute), safe holding, reverence, deep inner connection, gratitude, and the most overwhelming sense of love usually ensue. We do it as often as we eat and drink, that we might know with great regularity how profoundly we belong and recognise the intimacy of our lives, the sacrifice of others, and the sacredness of being human, in our shared travail.

And so at the rising of the sun this morning, on countless thousands of driveways we gathered to remember, for the first time in 101 years. This was not an “at least” expression as some have recalled it, but a more prescient connection with what ANZAC Day is about. Our homes were always the place of remembering, as our forebears homes were the places of loss and remembrance. This is where bread is broken, and empty seats are honoured.

We remember, so we do not return to the insanity our forebears knew. That is how violence ends. We remember, lest we forget.

*Calling “anamnesis” a feminine word (in Greek) is not about valuing female over male, but recognising meaning given to words that are generally attributed to a gender but available and essential to both genders. A healthy culture embraces both the feminine and the masculine in a perfectly balanced binary dance.