The Three Halves of Life 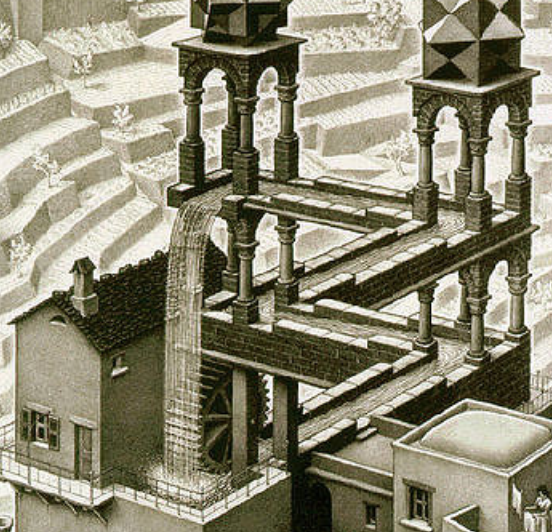 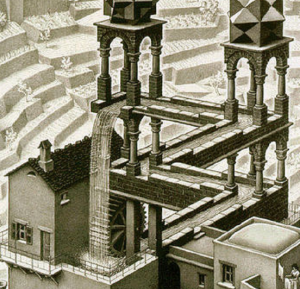 You have no doubt heard me or others speak on the two halves of life, a concept expressed by Carl Jung that identifies how the tools that we use to live the first half of life become worse than useless in the second half. But three halves? I confess I was never good at mathematics (except that one year when we had that very pretty maths teacher, for some reason my grades improved markedly), but I’m taken by the unexpected, the paradoxical, the absurd. Life can look terribly dull until I’m turning my head like my dog in curiousity. Like smelling the colour nine. So yes, why not, three halves.

Developmental models map four, six, even eight stages. However, most of the stages relate to the pre-adult years. For most of us, there are three distinct stages that we pass through in our adult life.

The first of these – the first “half” – offers growth as the motivating purpose, with the gift of possibility. It’s all up ahead, filled with potentiality, and is grasped with a sense of certainty and promise, if certain rules are observed, if discipline and duty and most especially sacrifice are firmly in place. The construction of a integrous internal operating system is motivated by the burgeoning life that spreads before a young person. Life is there for the living, but will be hindered by cracks in the container. Build a solid container, implore parents, teachers, mentors. The visible demonstration of solid boundaries and a dedication to the task rewards us in the first half of life. Success is the measure, the barometer of achievement, and achievement is the goal.

The third “half” is what is usually described as the second half. This stage is quite the reverse of the first “half”. The cracks reveal life, and surrender, trust and failure bring the biggest invitations to growth – though growth is the wrong word. Depth is a much better word. Beauty is an even better word. Delight in beauty, discovered in small acts of kindness, or the particular way light appears in late Autumn, or a quiet moment with someone, these are gold to someone in the third half. Fulfilment is replaced by contentment, influence is replaced by awareness, and all these are gained on the back of suffering, loss and disappointment. It is quite a surprise, this reverse journey towards costly wisdom.

Joan Chittister sees this stage, which she herself is in, as offering the purpose of experience and the gift of reflection. It gives gifts of wholeness and grace as well, as the circles of responsibility now reach out to the more-than-human cosmos. Erikson noted the obvious virtue of wisdom, wisdom that does not need to achieve, that knows the future is not to be feared, that rest is not inaction, but prayer and attentiveness and availability to others for gentle support.

So what is this second “half” between these two well known stages?

It must be marked by a growing interiority, an inner “descent” of sorts, but an outward “ascent” that is muscular in its energy and vitality. Our life purpose is in generatively and our gift to the world is responsibility. The defining virtue that marks people living this stage well is “care” – a great care for others. This provides ongoing direction in the long decades of mid life. Having established momentum, we need to stay the course, as we amass a rich inventory of experience through deeply connecting with life and passing on life tools to the next generation.

This is where so many lose their way. The Gospel of Luke tells of ten lepers who went to Jesus to be healed. All were, but only one returned to express gratitude (17:11ff). This one in ten ratio is strangely repeated in life. Only a small percentage of people show up and serve others generously, themselves having been served.

It was Erik Erikson, the German American developmental psychologist who coined the term “generativity.” It marks the years between 40 and 65 – which is probably the majority of people reading this! It is a time where we (hopefully) invest our energy in people and things that will outlast us. We make our mark by caring for others.

It’s alternative is stagnation. Bill Plotkin’s ego-centric counterpoint to his soul-centric model of human development marks this stage as management (and a continuation of capitulation to Western values that starts in our 20s), a maintaining of the status quo, keeping the machinery running, where waiting for “my time” becomes the dominant motivation. The inner conversation sounds like “I only have a few decades to amass my superannuation, it’s time to get paid for every hour, to get the nest empty so I’m not wasting money on dependant children.” Promotion is the tool that serves these goals. Status becomes the primary objective. Plotkin describes such a person as a prisoner who has been promoted to be in charge of other prisoners.

If management/stagnation mark this second half of life, material rewards become the goal. There is no god or devil, only Big Brother, the system. After sacrificing so hard for the system in the first “half” of life, it’s time the system repaid him, rewarded her. Rather than generativity, the stagnated individual becomes a vacuum for the time and resources of others. Not surprisingly, this is what has occurred in our society. In 1950, CEOs of publicly listed companies earned 20 times what the average worker earned. By1980, they earned 42 times what the average worker earned. Today, they earn 347 times as much as the average worker. Donald Trump was not installed as president of the USA because of his political nous, but because he is a successful businessman. The belief is that he can make the average struggling 50 year old wealthier. This aspirational trait is a sign that society does not understand how to live the second “half” of life, and even churches bow to aspirational values to draw insecure and unhappy people.

It is this second “half” that must be lived or else the third “half” will be an illusion, a final act of cashed up contemplation, an indulgence in commoditised wisdom that was not hard earned, thus wisdom that cannot be lived. It won’t make any sense to someone whose centre of gravity is still their insecurities. The belief that retirement will blow all our cares away is a furfy; Australia’s longest running longitudinal survey, the Household, Income and Labour Dynamics, has followed the same sample of individuals for 15 years now and has discovered that those over 65 are least happy.

This is in contrast with Bert, who I met with last weekend. Bert was born in 1923. He was brimming with joy. Why? He had community, he had purpose, he was constantly curious, he cared for others but without the responsibility that marks the second “half” – he clearly knew how to live all the stages of life well. He is one of the “youngest” souls I have met this year.

Those who embrace this third “half” are custodians of healthy tradition. John O’Donahue said that tradition is to the community what memory is to the individual. They bind and give meaning to the present through connections to the past. Yes, some of these traditions are difficult and uncomfortable – as are some of our memories – but it is in this third “half” that a community is bound together with the richness of the past. It is no coincidence then that elders are drawn to ritual and ceremony, where the egoless familiarity of the form gives room for the endless swirling mystery of the essence (quite the reverse of the first half).

What strikes me most odd about people in this stage is the amount of time they have for what is important. They rush nothing. Others tried to hurry Bert away, but he wouldn’t budge. It’s as such people have all the time in the world, when their time is almost up. I find this a delightful invitation. To spend our lives trying to get there only to finally arrive here.