The Rite Stuff: Why Initiation? 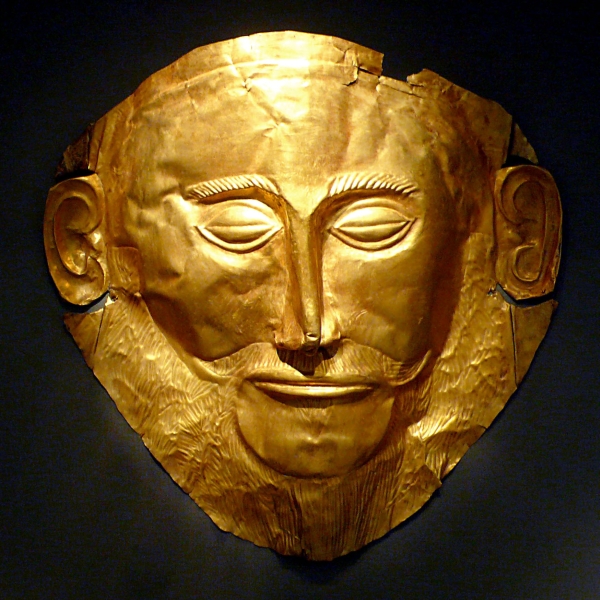 This is the first in a series of blogs that explores something very dear to my heart. It is for men, but every woman knows a man, and women know that men only go to seek help when they are gravely ill or when their wives/girlfriends/sisters etc. drag them along. “It’s only a flesh wound” we protest, as blood gushes, Monty Pythonesque, from our severed limb. Such is the stupid courage of a man.

So the next few blogs revolve around what has become my sacred dance, what my life’s work is about. I was thrown headlong into this work by pain, confusion and loss. I had pastored a church for many years, with relative success and great fulfillment, whilst helping raise three boys and loving my wife to the best of my faltering ability, but by my late forties, I was emotionally spent, empty and without hope. I was furious with God. I had done everything the right way. Not looked at porn. Not gambled or taken drugs. Prayed for long hours, fasted, and read the Bible from cover to cover for decades. I had studied, attended conferences, sought wise mentors, I had done everything every manual said I should do, only to be left with pain and confusion. There was a contract, and God had failed to meet his terms. I hadn’t even used naughty words in my worst moments. I swear I didn’t swear. I was good, but God wasn’t – or if he was, he wasn’t powerful. Something was very wrong.

I went to a counsellor, terrified he would reveal all my sins. I walked out of that first session devastated. He gave me wisdom I had never heard, anywhere, but it sounded like gobbledygook. He told me that God wasn’t interested in changing the things I kept asking God to change. He wanted me to start accepting who I was, as who I would always be. That sounded like a death sentence! Had I not been so desperate, I would’ve dismissed him as a nutter and resumed my search elsewhere. I am now glad I was powerless in defeat. That white flag is the beginning of true wisdom. Surrender, not obedience, is the foundation of this journey.

What is this journey? Carl Jung expressed it beautifully:
“Thoroughly unprepared, we take the step into the afternoon of life. Worse still, we take this step with the false presupposition that our truths and our ideals will serve us as hitherto. But we cannot live the afternoon of life according to the program of life’s morning, for what was great in the morning will be little at evening and what in the morning was true, at evening will have become a lie.”

There are tools that we need for the second half of life, that are very different to the tools for the first half of life. Sadly, since the industrial revolution, Western society became the first in human history to abandon the vehicles that handed down these tools to successive generations. No Gandalf the White, no Yoda, no Obi-Wan, except on the big screen. The mystery of these mythical figures drew us, but they were, for me at least, nowhere to be found. Until I truly fell apart. When the student is ready, the teacher will appear, goes the Buddhist proverb.

My counsellor encouraged me to do a five day retreat in the bush called a Men’s Rite of Passage (MROP). It sounded weird and wacky, what my wife jokingly calls running through the bush naked, hugging trees and howling at the moon. It is laughably dismissed in this way, but there is an inherent prejudice against the very word ‘rite’ as superstitious, primitive and thus evil. In ignorance, words such as anamistic, evil, pagan and so on get tossed about whenever the word ‘rite’ is used. We picture men dancing around a fire drinking goat’s blood, or worse. Yet the church (like every intact culture) has several rites it practices regularly: Communion or Eucharist; dedication and/or baptism; marriage ceremonies and so on, It simply means any formal or ceremonial act that is used to convey solemn meaning.

The age of enlightenment that birthed our misplaced trust in rational certainty elevated words, written and spoken, above all other forms of communication. This is one reason why the industrial revolution divorced us from ancient wisdom. Another was the economic imperative; men were sent to factories to work. Children were thus placed in schools to learn. Children learned so they too could work, so they too could earn. Everyone served the system, a system of servitude to economic pragmatism. Fathers and children were separated, and a community of elders, the men who would provide the vehicle for the passing on of great wisdom, was lost. In the last century, two world wars killed or emotionally maimed whole generations of men, accelerating the loss. Society started to crumble, unsuprisingly.

In the past 20 years, educators and other professionals have realised the desperate need for a rite of passage to help facilitate a child’s journey into adulthood. It reaches crescendo around grade nine. I work closely with John Guy whose work with Bush Venture expresses this need with nature-based programs for at-risk youth. My sons have gone through the Lutheran education system, which includes a one month bush-based program in year nine. I have worked with Scripture Union who run a Grades Eight Nine and Ten (GENTs) program. I am also aware of great work done through The Rite Journey and Darren Lewis’ work with Fathering Adventures. Many others exist. Each offers a unique approach on a ritual journey for the passage through adolescence. Interestingly, almost all use the context of nature to do their work.

But puberty is not the only transition we encounter in life. Only three passages are biological imperatives: Birth, puberty and death. We also have rites around the first and last, provided we are connected somehow to a faith community. But there are many other key transitions of life, and tools are desperately needed for these liminal spaces. Otherwise, we will keep using the tools that we gained in the first half of life, and as Jung pointed out, these become worse than useless in the second half of life. They become a lie. Experiences such as mid life disenchantment, empty nest syndrome and retirement, as well as other often inevitable spaces such as divorce, retrenchment, addiction, unresolved trauma and grief, need safe, vital and effective spaces that only a rite of passage can provide.

Counselling is available for these crises of limitation, and this is good. But a one hour session with a wise professional once a week is only a small part of the solution. It takes an extended period of focused time processing the deeper issues of life for a man to experience a significant shift. This is not days of naval gazing or dredging up the past and searching through the wreckage. That would be interminable!

MROP is nothing like that. It is profound, unique (in my experience) and both ancient and well ahead of its time. I am privileged to be part of a team that conducts MROP each August. It costs men five days of their time, and some financial investment. In future blogs, I am going to address the what, the who and the when of MROP. This first blog is my attempt at addressing the why.

The emergence of rites around puberty raises a compelling question. It takes a village to raise a child. I could easily think “my children are taken care of, somebody else is going to do it” and forget that the work must carry on through life, or it will be lost. It takes a community of initiated men to sustain the work of an effective rite so that its core messages are built upon as the boy grows into manhood. The challenge is, where are the elders to build on a good foundation? Rites of passage were not offered when I transitioned into adulthood (I am 55 this year) and are a recent and welcome addition to the school curriculum. But if the fathers and teachers themselves have not experienced some kind of ritualised initiation for their own transition from man to elder, who is going to be there as wise counsel for these initiated youth?

It is not only the youth who need elders. As a pastor, I had a mentor, an older man. It was going swimmingly, until he started to project his unrealised dreams onto me and started to control me. It became stultifying, paternalistic and ultimately dangerous, like David wearing Saul’s armour. He had not been initiated into the second half of life (like me, he would not have even known such a thing was necessary, let alone possible), and although being a very good man, he was still operating with first half of life tools.

The impact of MROP upon me was the opposite of every ‘retreat high’ I had experienced in the past. You might know of that mountain-top buzz you can get while you are away from life’s distractions and you feel so connected with everyone and you make bold declarations of how you will live your life differently when you return to the real world. It lasts about a week, if you are lucky. Instead, MROP had me returning to the world with no great faith in myself, no promises of change, but a quietness and reflectivity that took months to unpack, and is continuing to be applied daily in my life five years later. In fact, it was as if I had become reborn – not the “I want the whole world to know” elation bandied about when you hear the phrase “born again!”, but the infancy, the teachable spirit of “I do not know” and hopefully the humility of the novice.

The question many might ask is what about women? Don’t they need initiation too? I will seek to answer that in another blog. But men need it, and there are very few places where they can find it. MROP is one. It will take five generations of initiated men to transform the landscape of society. We are barely into the first generation of men. This is pioneering work, misunderstood by many and unknown to most. I know of no church offering anything remotely like it, despite the extraordinary scope and impact of the work. It does not replace what exists within faith communities but builds on it. It does not take men out of their communities but hopefully transforms the men within them, like yeast in dough. I find it to be the most enthralling work that I could find myself falling into. I would invite every man to experience it when he is ready. When is that, you might ask? Stay tuned.