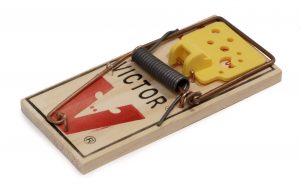 When I was a young dad, I loved reading picture books to my kids every night. Their favourites were read and re-read to the point that even they knew what the words on the page were, long before they could read. These times were precious because that’s how their day ended, but also because this ritual restored me to humanity after a demanding work day.

Emily Bobrow’s recent article in The Economist “The Man Trap” is compelling reading for a world at a sociological impasse. She (and it may have been difficult for a man to write this and be heard) identifies the double bind that men and women find themselves in at a time when, as she puts it, “masculine mystique has receded slower than feminine mystique.” Borrow quotes adolescent psychologist Lisa Damour, who obsered that “(a girl) can be a tomboy and that’s cool. You can be into make-up and that’s cool. But boys operate in an exceedingly narrow margin for what’s considered masculine.” These narrow margins persist throughout a man’s working life. Feminism has largely eroded misogyny, despite the fact men still earn more than women and occupy more positions of influence in society than women, and women still do more than their share of domestic duties. But it comes at a price for both men and women.

I recently heard Richard Rohr say in a podcast that he fears a tidal wave of suicides are ahead for men who have not prepared for life’s descent. From 2010 to 2015, suicides by men between the ages of 45 and 49 rose by 40% in the UK. This is the age group most at risk, as this is the average age that men face divorce, it is the time when their careers are under the greatest pressure, and the time when they are most likely to ask the question “who am I? What is my life about?” The recent tragic deaths of Chester Bennington and Chris Cornell bear this out, both just either side of this critical window in a man’s life.

When such crises of limitation kicks in, the workplace offers no respite and no solace. I doubt society gives any express permission for safe, wise ‘descent’ – the kind of letting go that frees a man from his socially constructed masculine identity. We still attribute competence, strength, virility and stoicism to men and warmth, tenderness and compassion to women. Our society puts a monetary and social value on the former over the latter. A woman with the former qualities is less likely to be rewarded for them than a man is, but men are far more penalised than women for expressing the latter.

Bobrow offers quantitative research that bears this out: For every extra child a woman has, she earns less money, but is allowed the flexibility to include her child-rearing responsibilities in her career. For every extra child a man has, he earns more money, but also works longer hours. Unlike previous generations, men who work longer hours are likely to be paid more per hour. There is a catch: He is not afforded the flexibility the woman might enjoy. Bobrow quotes Patrick, a broadcast journalist in Atlanta, whose wife was working double shifts as a gynaecologist. He asked for time off over the weekend to care for their three young children. His producer responded, saying “Patrick, everyone has a family. Nobody cares about yours.”

It would be nice to think this is isolated, but it is not. A friend recently retired from a three decade career in IT, rising to the top of his profession. He was offered redundancy, which he gladly took. He was asked to come and collect his things, clear out his draw. No farewell, no card, nothing, just a fat payout. He explained that his work colleagues had no choice; they had to be out on the road, or they would miss opportunities, which would hinder their ‘earning potential.’ Something is tragically dehumanising when the work environment is reduced to numbers.

When I became a father, I was also working in IT, and It was not uncommon for me to work until midnight, sometimes through the night to meet a deadline. My wife asked me to be home “earlier.” I started coming home at 9pm. She said “you don’t understand. I mean 6pm at least three days a week, or the kids won’t see you through the week. I didn’t choose to become a single parent, your boys need you.”

The unspoken opposition I faced was palpable, walking through the office towards the front doors at 5pm after a nine hour day and feeling guilty for going home. Men gave me a dozen colourful variations of “we can see who wears the pants in your marriage,” each designed to shame me into submission. Of course, the alternative was that the workplace wore the pants. It was not possible that I, as a man, would freely choose my family over my career. That would be to castrate yourself. They did not know it was my love for my children that won me over. The power was held by little lives. I knew I was sabotaging my career, my chances at promotion. I knew it would come up in my next appraisal, worded ever so professionally and subversively.

Slowly, over time other men followed suit, as they became dads. Senior execs had long before sacrificed their families for their careers, it was understood, accepted, valued. I was challenging the status quo, and I had unintentionally created a very mild mutiny. But those who followed my lead knew they were abandoning any hope of becoming the head of any department. It was not the way things work.

Last week I was reminded of the essence of protestant guilt. We invariably feel guilty over not working “hard enough”, where “hard enough” is a constantly shifting yardstick. When I became a pastor, other pastors frequently spoke of their commitment to God in terms of the number of hours they worked. This treadmill led to my burnout. My burnout led to my reevaluation of my life. I was fortunate this happened at 49 and not 65.

My father was three years retired by the time he was my age. He went from 4 decades of 70 hour weeks to nothing. No hobbies, no close mates, no children to raise, only a gaping hole, failing health and a pile of cash.

I’d like to think things are changing. Men are more involved in the home, despite the longer average working hours. Women are getting more opportunities professionally, despite the persistent glass ceiling. But it seems to me that for there to be a seismic shift, we have to address our addiction to material wealth, and redefine the values we most highly admire. Feminism unchallenged will simply adopt all the ills of hierarchical power.

My wife and I have kept dozens of the treasured picture books from my sons’ childhoods. I look forward to resurrecting the ritual with my grandkids. This time, it will be without any false guilt, and with the hope that I might infuse in them values that expose false power and false wealth. Perhaps, one day far into the future, they will choose to build a society that values tenderness alongside strength, compassion as much as stoicism.