The Elbow of Justice 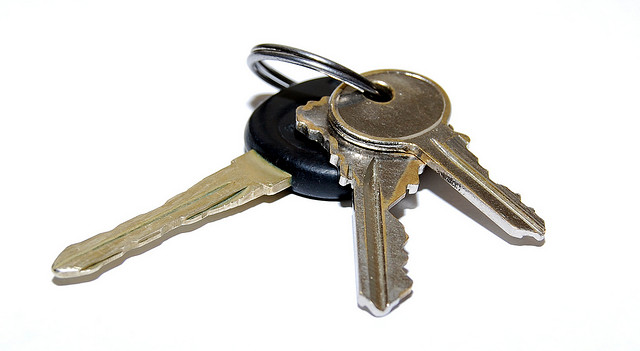 My worst moment of parenting, one of the worst moments of my life, happened almost 15 years ago. I was rushing out the door to lead a weekend retreat for 50 people. I had been planning feverishly for months. Everything was ready, except I couldn’t find my car keys. I searched high and low, becoming increasingly frantic as I imagined an angry mob planning to stone me for my lax tardiness. Sweat, anxiety, desperation, these all lead to a fever pitch of “lost coin” scouring. Then something twigged. Those keys didn’t just disappear…..

I approached my eldest son, then nine, like a bear hunting his prey, thinly veiling my interrogatory voice. “Did you hide my car keys???”

The rage was instant, ugly and uncontrollable. I smacked him. I shouted at him. I told him how he had jeopardised my whole weekend which I had been meticulously planning for eons. My tirade went on, mercilessly.

After I was spent with my venom, he wept “sorry Daddy.”

Then something in me became so incensed. “Why? Why would you do something like that to me?!” I stormed.

The answer was the most painful wakeup call I can recall. Shaken, battered, dominated, cornered, my darling boy stuttered “because I didn’t want you to leave.”

Black holes are impotent compared to the vacuous power of love against blind, self-absorbed injustice. In one instant, I dissolved. Suddenly, this great edifice of “ministry” where I was going to be “used by God” to “transform lives” with the “gifts that God had given me” (all clichés I bandied about to elevate myself with pompous industry) sluiced off into a quicksand of nothingness. Suddenly, all I wanted to do was spend the whole weekend with my son. Suddenly, priorities were righted, and I had become like “one of these,” powerless as a child. A moral genius had rebuked my barnstorming blast with a whisper of love.

I did lead that retreat, but with humility, with tears, with vulnerability, and probably with far more effectiveness than what I, in glorious, banner-waving fantasy, had imagined. This humiliating memory returned to me recently when I heard again a line by the great 20th century orator, Martin Luther King Jnr, slain 46 years ago this Friday: “The moral arc of the universe is long but it bends towards justice. It bends towards justice, but here is the thing: it does not bend on its own. It bends because each of us in our own ways put our hand on that arc and we bend it in the direction of justice.”

I want to amend this quote. The moral arc of the universe is long, but it bends towards restorative justice. In other words, the justice it seeks, ultimately, is restoration through reconciliation. There is unquestionably a tendency towards punitive, retributive justice in ancient civilizations. We see this reflected in the Old Testament, but even there, the retribution is limited to “an eye for an eye” – do not go beyond the damage done to you. This may seem subtle, but is the first bend on the arc. It sets the trajectory. Caring for widows and orphans, leaving some of the crop unharvested for the refugee shows a steady move by degrees towards compassion for those who, in desperation, may resort to immoral acts to survive.

In championing an extraordinary program called the Sycamore Tree Project, Ron Nikkel, who chaired Prison Fellowship for over 30 years, remarked that “it is only when the voice of the offender is truly understood that justice can be fully accomplished. “ This project connects perpetrators and victims of crime. The victims hear of the brokenness and despair of the perpetrators. The perpetrators hear of the pain of the victims. Both experience forgiveness and healing. This is leaving the 99 to go after the one. We imagine the one as some poor lost little lamb. No, he/she was a scoundrel, according to society’s rules.

The two words most used in the Old Testament for justice are tzedakah, usually translated as “righteousness,” which essentially means charity; and mishpat, often translated as “judgment, “ which speaks of vindication of the poor and powerless. Already the arc is in full swing, but much more was to come.

A man came and spoke simply, but with great authority. “You have heard the law that says the punishment must match the injury: ‘An eye for an eye, and a tooth for a tooth.’ But I say, do not resist an evil person! If someone slaps you on the right cheek, offer the other cheek also. If you are sued in court and your shirt is taken from you, give your coat, too. If a soldier demands that you carry his gear for a mile, carry it two miles. Give to those who ask, and don’t turn away from those who want to borrow.” (Matt 5:38-41, NLT). This is not “lie down and play the victim.” This is “stand strong and expose the injustice by responding with love.” Someone sees you being slapped with an the back of a hand, giving up your clothes and walking two miles with a soldier, they will see the injustice and a voice will rise up. And at the very least, you will humiliate the humiliator with love.

When given the opportunity to declare his mandate, Jesus carefully omitted the words “and the day of vengeance of our God.” There was no retribution, only restoration. “Oh, that’s because the punishment has been delayed” we explain. Which places us back in a primitive understanding of justice. God is obsessed with restoration. He’s worse than any weekend antique collector.

Paul quotes the Torah and bends the arc full circle in Romans 12:17-21 with these words:

“Don’t hit back; discover beauty in everyone. If you’ve got it in you, get along with everybody. Don’t insist on getting even; that’s not for you to do. “I’ll do the judging,” says God. “I’ll take care of it.” Our Scriptures tell us that if you see your enemy hungry, go buy that person lunch, or if he’s thirsty, get him a drink. Your generosity will surprise him with goodness. Don’t let evil get the best of you; get the best of evil by doing good.”

The question is, how will God take care of it? I imagine in the exact same way God took care of me. It would be hell itself to be confronted with my son’s pain and my anger and to hold onto my anger instead of allowing myself to be humiliated and reconciled. It wasn’t just to him I was reconciled; I was reconciled to myself, my true self, not the projected insecure performance addict that I had become. That humiliation will do its work in all of us, I hope. Does this make me a universalist? Perhaps a hopeful ultimate redemptionist. Not because I think God has gone all soft. It takes more courage for a small boy to reach out in love to an angry father than for an angry judge to meter punishment to anyone deserving it. That’s just human nature. It’s what we all do. But if a nine year old can see goodness in me at my worst, there’s hope for us all. Even me.