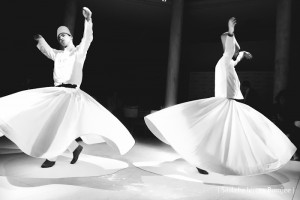 A few years ago my wife became friends with a beautiful couple from the Middle East. I will protect their identity here, but they arrived as asylum seekers on a boat having fled war in their own country. Australia offered them refuge and a future. They were deeply grateful and embraced so much that we take for granted. I got to know them too, and their children. They are marked with an uncommon respect towards others and life.

Yet there is a gulf now between the West and the Islamic world that seems to only widen. Terrorism on one side, the ‘war against terror’ on the other. At present, American Sniper is showing in cinemas and some see it as American war propoganda, others as harmless action entertainment. I’ve read reviews of the movie that want to draw me into the conflict of the supposed wrongness of the movie. I could find myself making enemies of my enemies enemies. And on it goes. The cosmic egg keeps shrinking, until the only person I agree with is me.

The rift must be understood from both sides, though we scarcely comprehend it from the Islamic perspective. No doubt our perchance for general lasciviousness gives them good reason to be suspicious of what it means to be Christian. I agree! Our desire to control their lands for our oil is another. Again, I have to agree.

In his book The Reluctant Fundamentalist, Pakistani Moshin Hamid wrote, regarding the West: “As a society, you were unwilling to reflect upon the shared pain that united you with those who attacked you. You retreated into myths of your own difference, assumptions of your own superiority. And you acted out these beliefs on the stage of the world, so that the entire planet was rocked by the repercussions of your tantrums, not least my family, now facing war thousands of miles away.”

This, to say that if we keep making it about good vs evil, virtuous Christianity vs evil Islam, we are going to go nowhere. When Christianity was 1400 years old, we were buying and selling slaves, killing anyone who didn’t believe what we did, depriving women and people of non-European ethnicity of their rights, invading countries, and doing all this in the name of Christ. In the past century, the “Christian” west has given birth to more violence, greed and indifference to suffering than the planet has ever seen.

Slovenian philosopher Slajov Zizek observed that the terrorists motives in attacking the offices of Charlie Hebdo was in a strange way an agreement with the debauchery of that magazine’s barbs. Humans are only triggered by what they unconsciously fear is true. These attackers must be jealous of our ‘freedoms’ or they would not be so troubled by them. The true believers go about their lives with dismissive indifference towards such nonsense. The Hamish embrace their way so fully that they live happily in 17th century fashion while we rubberneck ourselves silly with technotrinkets (although I am told the young Hamish men can be found huddling around flat screens in Walmart watching football). True believers have found what they seek; they are untroubled by the world’s constant angst.

Islam appears to have the same problem as the West with its appetites. We all have such an hunger for vengeance, so destablised by fear. But, like us Islam also has within its ranks wisdom that has the power to transform both Islam and the West. I first heard of this wisdom from an unlikely source: The Sound of Music. Oscar Hammerstein II’s lyrics, sung by the nuns in complaint of Maria, are so well known:

I had no idea what a whirling dervish was, but it obviously was something that didn’t go out of whirl easily. Like most things, I continued in ignorance until someone witnessed their dance on a recent visit to Turkey. He described it as a profound spiritual encounter.

A dervish is the colloquial name given to the Mevlevi order of Sufis. They were founded by Rumi, a 13th century poet and jurist from Persia (Iran) and continue to this day in Turkey. Rumi was walking through the marketplace one day when he heard the goldbeaters’ rhythm as they muttered “there is no god but God (Allah)” and he was so overcome with joy that he spread out both his arms and started whirling on the spot. So was born this dhikr (remembrance, a meditative act much like the rosary) as part of a Sama, the ritual performance.

As the participants spin, they turn their right palm towards heaven and their left hand pointing to the ground, expressing their connection to both. Four dancers are involved in the Sama. The first expresses God as Reality; the second expresses God’s oneness, his unity. The third expresses the joy of total surrender to Him, and the fourth expresses the peace that is experienced in the heart because of the Divine unity and union.

This powerful ritual – apparently the dervishes do not get dizzy, yet their movement is fluid, graceful and quite dramatic – is reflected in Rumi’s many poems:

This wisdom is unconcerned with everything that is wrong with the world. It immerses itself in surrender to the Reality that is right, good, near. We might say righteousness, peace and joy in the Holy Spirit.

That is how you solve a problem like Mohammed. There are voices that will tell you that the Q’ran’s latter passages trump the earlier ones and they dictate violence towards those who do not follow Islam. The dervishes don’t seem to get themselves knotted with bitter words. Led by the 22nd great grandson of Rumi, they still dance today, dancing their deaths, that they might live. Like the best wisdom from the west, they have found truth in ritual, in surrender, in accepting the union between earth and sky, and in becoming free of what this world seems so hell-bent worrying about.

All I know for sure is my awareness of Islam shifted several gears when I got to know our Muslim friends. Racism hates what it does not understand, because it fears what it cannot control. I cannot hate once I have entered into love.

That, I believe, is how you solve a problem like Mohammed.