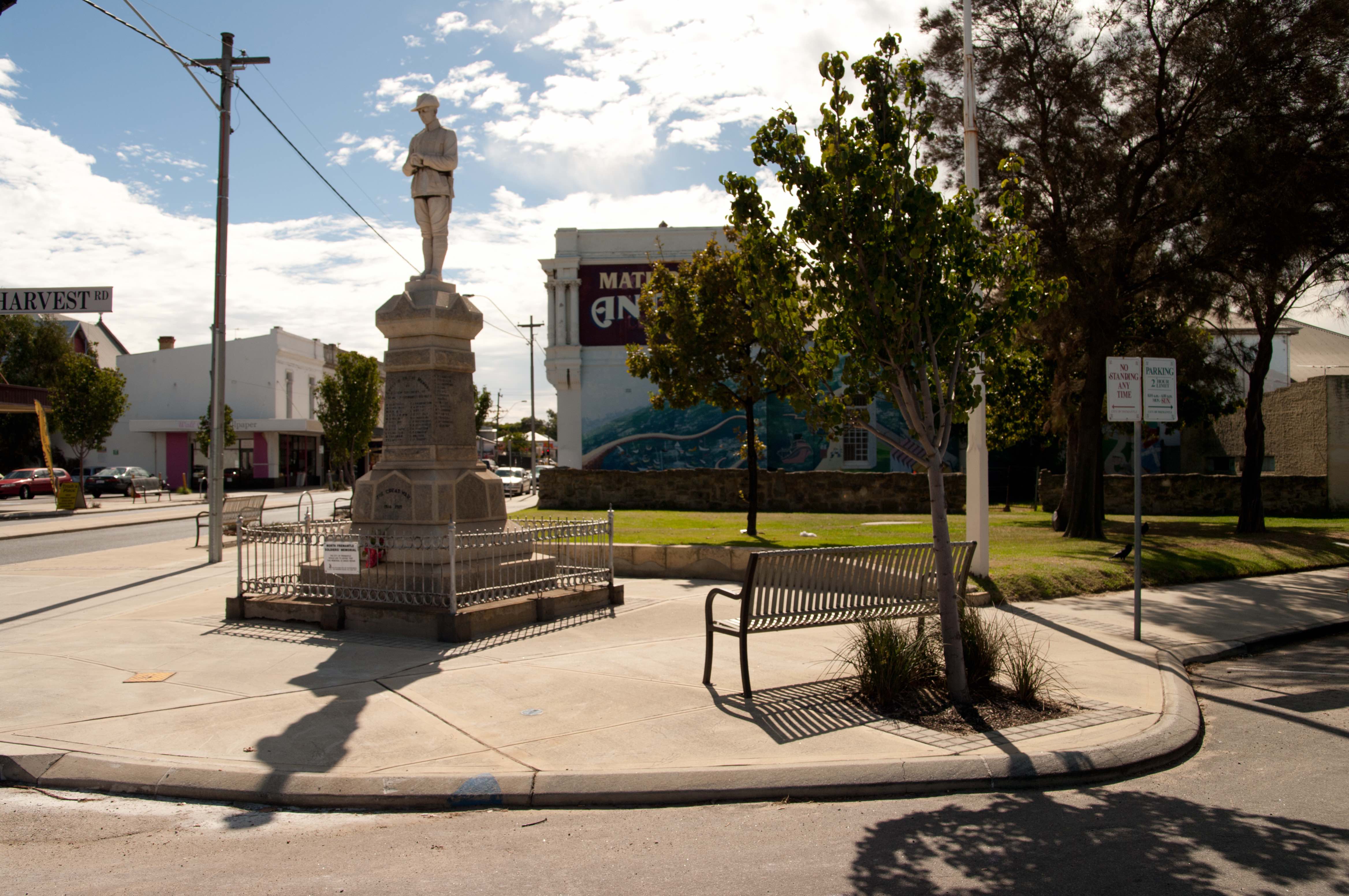 I’m at the end of a week in Tasmania, about to return to my urban life. It is mid May, Mother’s Day. My middle son Dom observes how little changes in a country town: The buildings stand as sentinels to generations come and gone; careers here are not upwardly mobile, there’s no point emphasising powerful career trophies. Someone could be born, live and die in a small town and the only binding agent to confirm their fleeting existence is the love and the quarrels, the comings and goings, the belonging to someone, to others, then perhaps their progeny, a couple of succeeding generations of momentary quiet reflections on anniversaries, and then, a forgotten imprint on a gravestone.

Dom is like me, philosophical, reflective. He notices that cities allow him to believe his own hubris, that he will achieve something significant with his efforts, that he will shape the world in some lasting way. We are renovating a house in an older suburb where there is generational change and with it, gentrification. Old post-war fibro and asbestos houses are being replaced by steel, glass and concrete conglomerations, rendering over the history with a new sheen, as if even the recent past never happened. Ours is one of the few to preserve the facade. Driving down the street, everything looks shiny, as if the planet is malleable to our cleverness, giving way to our superior imprint. We really do love to lie about our importance.

Dom said that he needs country towns to remind him of the ultimate irrelevance of his own existence. It is both terrifying in its mortality and grounding in its reality. It’s strangely comforting and distressing at the same time. It wakes us up to our poverty, our indigence. We spend countless waking hours plastering the cracks of this emptiness, but time will shrink our achievements and the ground will draw back, revealing the cracks. To learn this as a young man is to be damned and blessed, to be haunted by the Ecclesiastian plight of there being nothing new under the sun, of not being able to take too seriously his own fame, yet also being able to find joy in the small, the immediate, which is the only real depository of wealth we ever have. As we were talking, Dom mentioned a quote by Eckhart Tolle: “Many poets and sages throughout the ages have observed that true happiness – I call it the joy of Being – is found in simple, seemingly unremarkable things.”

One of my favourite pieces of music is “Small Town” by Australian composer Peter Sculthorpe. It musically imagines a quiet stroll from one end of an Australian town to the other. I hear the dogs bark over a leaning picket fence, I see the weathered octogenarian on the veranda, I stand quietly at the Anzac memorial. Kids are buying an ice cream at the general store. A ute rumbles past with a young man at the wheel, looking for action. The composition is lackadaisical, a piece of whimsy, yet also reverent, historic, and utterly beautiful. It rends tears from me. I never got to live in a small town; my mother was raised in Canowindra, a piece of beauty in central NSW. It is almost as if the DNA of small town Australia found its way into my soul.

As I contemplate returning to the city, I feel the old wineskin splitting, pulling, and the wine is spilling, and it does feel empty, but I want it to. This is no failure to curse; this is to welcome my descent as the poetry of life, worthless in any constructed sense yet so loved in its ruinous state. I struggled so long to have fabric that would secure my future; now, its the frayed material, worn thin, that warms me.

Now, as I type, I’m in the waiting room that returns me to my other life: the departure lounge, fluoro lighting, plastic chairs, stuffy air, interrupting announcements, everyone only thinking of the future: Returning home, the Monday workweek, chores and tasks that litter our moments with the next thing, then the next thing. Now, as I type, I’m not here. I’m two hours ago, watching snowmelt surge under a weir, frothing teal in the last light of the last day, as it has for centuries. I’m with my son, watching the day fade gold on the glassy Tamar River, as it has for millenia. The Milky Way is taking off her blue dress once more, as she did aeons ago. The air is bracing as this autumn day folds in on itself, and all I know is I am here, as I always was, as I always will be, only ever here.