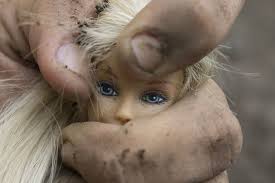 One hot summer day, when my knees still worked and I was 20kg lighter and 15 years younger, I was on my daily run, a 7km slog that I loved to nail in under 30 minutes. Nothing stopped me, I’d dodge cars and dogs in order to better my time. Until that day.

I was sailing down hill past my local strip mall and almost ran right into a large man striking a small woman repeatedly about the head. She was screaming for him to stop; he was leaning over her, his fists closed as they slammed into her bruised, puffy face, her crossed arms trying to protect her. I stopped dead in my tracks. He would’ve weighed at least 130kg, almost double me and triple her diminutive frame.

“Stop hitting that woman!” I shouted.

“Mind your own business” he replied.

“You are hitting a defenceless woman in public, that makes it my business!” I insisted.

He turned and came after me. My one advantage was speed. He would never catch me – but he could keep hitting her, so I kept backing away to a safe distance as he pursued me down a busy four lane road. We were metres from a dozen or more shop fronts and in a carpark with drivers coming and going. I was horrified that nobody else was doing anything to stop his attack. I am no hero. If you read this and think I am blowing my own trumpet, think again. I am a coward. Ask any of my school mates who watched me run away from a hundred fights. But this outrageous act of domestic violence (is there any other kind?) was plain, dead wrong.

Eventually, he stopped advancing, and I stopped retreating. His pursuit of me seemed to have used up some of his rage, much to my relief, and he suddenly looked bewildered, as if waking up from a stupor. It is true that a violent man is brain dead. The smart brain is the only part of the body able to surrender blood to the muscles quickly without our bodies going into shock, so the impulse brain, that antagonising amygdala, starves it of the fuel it needs to be self-aware, compassionate, to problem solve and future plan, to communicate and to self-confront. Rage zombies, that’s violent men.

“Coward” he jeered at me and all I could think was how absurd that a huge man who attacks a tiny woman could call me a coward. I made my skinny frame as imposing as I could as I shouted “I rebuke you in Jesus’ name!” Now, understand I was a pastor at the time so it was the most commanding thing I knew to do. I didn’t need to name Jesus to act in his name, but the effect was immediate and surprising: He ran away. I followed him, back to the woman he had been attacking, engaging her to check she was ok and to ask if I could do anything for her. I told her to not get in the car with him, and to let me help. She said, through tears, that she would be ok. And then got in the car like a submissive animal. I wondered how long it had taken for this brute to demolish her self-worth so thoroughly. I stood there for what seemed like an eternity as he stared at me and I stared at him. I told her I would run and get help, and ran home faster than I had ever run in my life, got in my car and rushed back. By then, they were both gone.

I recall feeling as though I had failed her. I had not guaranteed her safety. I had not gone into any of the shops to find help (my own brain was in flight mode and I wasn’t thinking too clearly myself). Only a few months later, I was faced with a very similar situation – but far more dramatic – but this time I was able to help (I will save that story for another time).

On Friday 31 July, the Centre for Men and Families will co-host a screening of the documentary movie “The Mask You Live In” in Boonah in South East Qld. We are partnering with White Ribbon Australia who champion the cause of women who are victims of domestic violence perpetrated by males. We are also screening the movie in Boonah State High School, to educate the future men and women about the issues that perpetuate domestic violence, and plan to host more screenings around Australia in the coming months. The movie addresses the reasons why men become perpetrators of violence. Anger is so often a man’s tears, and if he’s told to man up, to never be allowed to own and process his pain, he is likely to project it upon those he loves, so often the woman he has promised to care for and protect. Gender stereotypes are flimsy substitutes for authentic identities. The storms of life, and my chance encounter, are proof of that.

Shaming men or humiliating men for the horror of domestic violence is not the answer. Confronting it is part of the solution, but we must engage men courageously with our own vulnerability. We must invite them to man up in the best possible way – with courageous engagement with their stories of loss, of failure – and to integrate the lessons they invite. Our MALES groups are a place this work can begin, but it takes the deeper work that the Rites of Passage offer to invite a man to be transformed by his suffering.