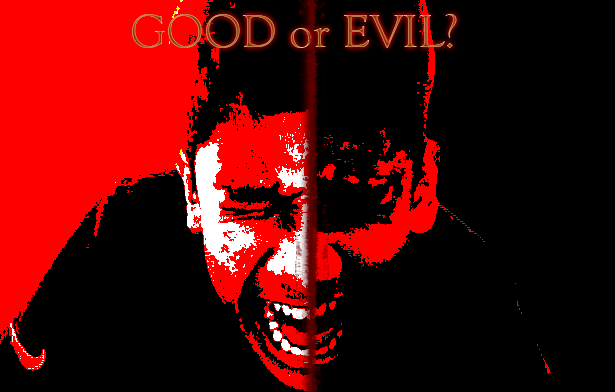 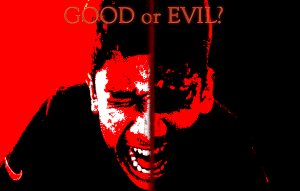 What’s reversal learning? I hear you ask. It’s a pretty important mechanism that I need to work in my brain, as I discovered a couple of night’s ago. I arrived home at 10.30pm after a very long day, which was preceded by an even longer day (it ended at 1.30am). My wife, who lectures, is in orientation week at university, so under a lot of stress as well. I came home anticipating her relaxing watching TV. Instead, she was working. She cautiously asked if I could help her with something. I reacted angrily. It went south from there. As we have learned, two tired people can’t resolve conflict very well, so I went to bed. Our love for each other made the issue easily resolved the next day with some gentle texts (she left before I woke). But, she reminded me, I really am crap at self care, and I project onto her (mostly) when I’m not looking after me.

So what does all that have to do with reversal learning? When the conditions change to what we are used to experiencing, we have trouble adjusting. This is called negative transfer effect. An example is trying to ride a bike where the steering is reversed. It takes months for someone who has ridden for years to ride more than a few metres without losing their balance, whereas a child who has never ridden a bike takes as long as any child would – a few minutes. This is related to a field called transfer of learning, studying what fields assist our learning in another field (positive transfer, for example, is where learning Spanish would help you learn Portuguese).

I expected to find my wife in a relaxed mode – I anticipated it with relish. When I experienced reversal learning, things turned pear shaped for both of us. My wife also experience reversal learning. Instead of her happy husband walking in the door, Captain Grump stormed in.

The trick to reversal learning in social contexts is to adapt quickly to the changed rules. For example, a couple say goodbye to each other at the start of a day, and the wife thinks “I will cook his favourite meal for him tonight” and she buys the ingredients and plans the dinner and sets the table with candles. Meanwhile, the husband has had his ear eaten off by a disgruntled customer, the boss is on him for a looming deadline and the car developed a rattle on the way home in peak hour traffic. Her voice is soft and welcoming but is struck by his gruff demeanour. The typical human response to this scenario is “excuse me, but I have been working hard to bless you all day and all you can say for yourself is where’s dinner?!!”

Professor of psychology at the University of Queensland Bill von Hippel observed that Dale Carnegie’s “How to Win Friends and Influence People” should never have been such a raging success because it is social skills 101 – stuff we learn by the time we are young adults. But there are three problems we face (his excellent TED talk is here).

First, the part of our brain that processes reversal learning – the orbitofrontal and prefrontal cortexes – interfere with our awareness of the changed situation and make us likely to stick with the usual programming. The phrase “neurons that fire together wire together” is akin to the ruts in a dirt road. Where our thinking and behaviour goes, our brains wire. In the above case, the wife is saying “you are being a jerk” because according to the usual rules of their relationship, this is not acceptable. We could argue that he is being a jerk, but as Freud observed, humans treat those closest to them worst when under stress (David Schnarch calls this “normal marital sadism”). Another word to describe aspects of this is fusion, where mirror neurons cause us to experience the other’s stress as our own and we project the same energy they transmit back at them. All this clouds our awareness of reversal learning.

Second, as we age, our frontal lobes shrink. Things become more rigid in the more socially aware parts of our brain. This is also why old people miss social cues on social media, talking about themselves instead of engaging with what another has shared, or going off on an irrelevant tangent. My sons comment on this with hilarity. It looks like this:
Jane (status): I met this lovely woman at yoga class tonight. It’s great meeting new people.
Bob: why would I do yoga, that’s for women, I’m a man.
Jane: I wasn’t telling you to do… never mind!
Bob: Why are you getting angry with me?
Jane: (I want to say you are an idiot but I will choose to say nothing!)
Bob: And anyway, isn’t yoga all eastern religion and demonically influenced?

Third, men as a general rule struggle more than women with this, not because they are less evolved (although I am a man so take what you will from that) but because the corpus callosum is more defined. This is a kind of firewall between the left and right hemispheres. The left side notices tone of voice, hunched physique, red eyes, words that are used – and picks up if they are not following the normal “rules of engagement.” The right hemisphere desires connection and care to be reciprocated. If the right does not engage the left (and it is not quite as crude as that, but this helps for illustration), then reversal learning is very difficult, because neither party notices that something has changed the conditions in which the couple usually connect.

If reversal learning is in operation, the above example might look like this. The wife might say “oh it looks like you’ve had a really hard day. Do you need to talk about it?” This invites vulnerability and opens a space for dialogue where pain can be expressed, known and diminished. And a lovely dinner would follow.

Another example (and a common one), is where the man might be anticipating intimacy but the woman recoils at the idea because her stress has shut down her libido and she fears a loss of control in the bedroom because of his over-excited advances towards her. She pulls back, he interprets that as rejection, and things escalate. If he could notice her stress and engage with her about it and take sex off the table (which sounds terribly uncomfortable, but I digress) and simply be present to her stress – in this case, noticing her cues and recognising reversal learning, he could activate his frontal cortex and the two of them are far more likely to enjoy intimacy – at her initiation – later. At least, the chances are higher! If you are a man, don’t let your partner read this paragraph or she might think you have ulterior motives and are using Jedi mind tricks to get her to bed.

To be attuned to reversal learning requires a non-judging awareness of the present moment. If we are attuned to our environment and notice and allow whatever is occurring – what some call a mindful approach – then our frontal cortexes will take command of a tricky situation with aplomb. This is why contemplative practices are so important as we age. If I don’t learn to disengage from my calculating, judging, defending survival brain – the “tree of knowledge where I constantly reinforce my certainty of what is good and evil” where I am the final arbiter – I will not be happy.

Here’s how Richard Rohr expressed it:
“There is something in you that is not touched by coming and going, by up and down, by for or against, by the raucous team of totally right or totally wrong. There is a part of you that is patient with both goodness and evil, exactly as God is. There is a part of you that does not rush to judgment or demand closure now. Rather, it stands vigilant and patient in the tragic gap that almost every moment offers.

“God is a riverbed of mercy. It is vast, silent, restful, and resourceful, and it receives and also lets go of all the comings and goings. It is awareness itself (as opposed to judgment itself), and awareness is not, as such, “thinking.” It refuses to be pulled into the emotional and mental tugs of war that most of life is. To look out from this untouchable silence is what we mean by contemplation.

“In her book The Interior Castle, St. Teresa of Avila says, “The soul is spacious, plentiful, and its amplitude is impossible to exaggerate . . . the sun here radiates to every part . . . and nothing can diminish its beauty”. This is your soul. It is God-in-you. This is your True Self.” (Immortal Diamond)

A contemplative stance allows us to hold the opposites within us – the contradictions – the shadow energy we would otherwise expel onto the person we most love – and this opens up our recognition of pain and suffering in those closest to us, and engage with it. Like I might’ve done that night with my wife recently.

If we don’t learn this (and I know firsthand this is the hardest class I have ever enrolled in), the right pre-frontal cortex will refer back to the amygdala with an emphatic “this is a threat environment!!!”, the amygdala will trigger a cascading blast of cortisol and adrenaline into the survival brain and avoidance, fight/flight, isolation, shouting, old scripts of self-preservation at all costs (you will never get what you want, this is garbage, she has no right, he is an arsehole, I can’t take anymore of this, this will never change, blah blah blah) will drive a wedge between the two until their survival brains become quiet again. For some, this can take days. And sadly, the scripts are self-reinforcing. Avoid one another and don’t get hurt, engage with the other with caution expecting to get hurt, and you will get hurt. Learn to allow, and start to notice the more honest emotions of fear, sadness, loneliness, longing, feeling like a motherless child – in the other. As we do, remarkable things can happen, in the most challenging of relationships.