I Am A Recovering Higher Power

Home » Blog » Posts » I Am A Recovering Higher Power 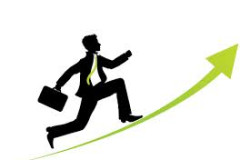 “I am a recovering Higher Power” wrote author Ann Lamott in a recent blog, reflecting on the pain of the death of someone close to her. If she was in charge of the universe, she mused, terrible things would not happen. Yet she knew it would be far worse, some bizarre crossover between Monkey Island and August: Osage County. But we do believe we can do better than God. Well, I do. I understand that at Church of the Savior in Washington D.C., addictions are openly acknowledged, in recognition that we are all addicts.

I’ve met some people who do not seem to be addicts, and then I think “do I have an addictive personality?” I can’t speak for others, but I know that I do.

What is my addiction? Sex? Money? Alcohol? Gambling? Drugs? I am addicted to me. I once was addicted to work – the respectable (admired) addiction of the White Male System. Then I burned out. Work no longer did it for me. But I’m still addicted to me.

It seems to be an attachment to the notion that the self I have constructed will, one day, strike it rich. This belief that I can fix it – or fix me, the me nobody else sees or acknowledges, because you are all busy attaching to and trying to perfect your own version of a constructed self. It’s the mistaken belief that power changes things. I’ve been perfecting my addiction to me for so long, it’s not going away. I am a recovering Higher Power. To become powerless – to believe that’s the path God chooses – is alarming at first. And continues to be, in all honesty. My attachment to my addiction has not weakened its grip one iota. “I thought I’d dealt with that,” a friend sighed recently. Ah yes, the new improved you. It must be getting close.

Wait a minute, did I just suggest God is powerless? Isn’t he sovereign. Ebola. Hurtling asteroids. My mother’s cancer. God’s power is presence, love, surrender. The Oxford dictionary does not recognise that as power in any of its definitions. I like victory, banner-waving, trumpet-blowing grandstand finishes. Ride on a stallion, or better still, in a chariot, please Mr Messiah. Donkeys are for losers.

I woke up this morning, and it did not take very long for the addict to start clamouring for control. My wife asked me to drive her to the doctors. But I’m busy. With what? This blog about the need to surrender control. The irony did not escape me. It’s further proof of how deep the grain of addiction runs.

In an experiment at Princeton Theological Seminary, students were told they had to give a talk on the Good Samaritan across campus. Some were told they would be early, others would make it just in time, while a portion were told they would be late. People were placed slumped in doorways along the route to where the students were to give the talks. Only 10 percent who were in a hurry stopped to help. This is our dilemma; this is the hidden message in the Good Samaritan. Keep your life and lose it. Stay in control and have none.

I wonder what the students who rushed past the “person in need” felt when they were made aware of their folly? Most likely it was guilt, shame or condemnation, secret weapons the constructed self uses to reinforce itself.
The dry drunk is at least as hard to manage as the one who drinks. He’s bitter, resentful, blaming others. He’s not in control, but he sure as hell is in control of not being in control. He lets everyone know his virtue, and pity help anyone who gets in his way. My brother-in-law went to a psychiatrists’ conference a few years ago where he heard the keynote speaker proclaim that he had finally overcome his narcissism. Indeed.

My good friend John Guy recently shared with me a story about an Irish village that had old, rascal priests. Sin was not punished. The priests did not set an exemplary standard for the community. The bishop stepped in and removed them, replacing them with young, shiny priests who played it by the book. The village complained “give us back the old priests. They got us.”

Richard is the CEO of the Centre for Men, has a background as a pastor and spent many years in the corporate sector. He has a masters in counselling and a diploma in ministry, and has a heart to champion men, women, marriages and families. Richard is married to his wife Judy and has three sons.

View all posts by Richard Fay

3 Responses to “I Am A Recovering Higher Power”