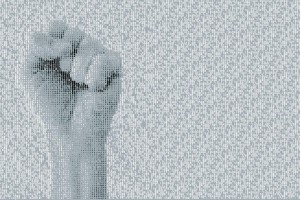 We humans love formula. Not only formula one, but any methodological recipe for life. Especially us men, we like to fit everything into a logic box, so we can work it all out. Be certain, conclude, open and shut case.

Example: A colleague once said to me that he fathers intentionally; he said that if you are not deliberate and purposeful with how you go about raising children, they will not be parented with any cohesion. I went into a cold panic. Oh dear, I’m doing it all wrong! The only thing that occurred to me was to love them, and that came from my gut, my heart. I don’t know if I ever invited my rational processes to run the show. My children might agree!

A Zen student enters his teacher’s room. The teacher offers a cup of tea. “I don’t need tea Master, I need to be shown Original Reality.” The Master’s instant reply: “It just moved.”

Is life that fluid? The ancients called water living if it was moving. Simon Peter was committed to building booths for Jesus, Moses and Elijah on the mount of transfiguration. W continue to do that, building monuments to movements that we call denominations. Not sure? At last count, there are 33,000 discrete groups of faith that call themselves Christian. This is a testimony to how often Original Reality moves. When someone sees it, they think “eureka! I’ve found it!” All they find is an echo, a shadow of what is moving on. That’s all we ever find.

But that’s not a bad thing in itself. The Dancer is the cosmic Fred Astaire. Imagine collectively picking up 33,000 dance moves. If we could hear each other, we would capture quite a dance. But we shout at each other’s freeze frame as if everyone else has missed it. Then there are all the dance moves outside our own faith tradition. Theology is only ever recording the past, it’s always playing catchup with the soul. Mystery cannot be held.

But the soul, now there’s a genius. Watch a baby. She knows. She may not know anything real, but she Knows everything Real. We are trying to catch up with her. In his book “Things Hidden” Richard Rohr tells a story of a little boy whispering to his baby sister behind a closed door (with the parents listening on through a closed door): “Quick, tell me where I came from and why I’m here, because I’m beginning to forget!”

Existential therapist Irv Yalom remarked that within the field of psychotherapy, training is in the field of ’empirically validated’ therapies revolving around specific techniques that address particular pathologies (eating disorders, depression, phobias etc) and that as a result, we lose sight of the whole person and the magic that happens when there is a powerful bond between therapist and patient. We do this because governments and insurance companies demand it, but then we buy their lie, that life can be boxed into a container.

Yalom observed that he learned little from theory; almost all learning is done from engaging with the stories of people’s lives. And yet, as I walk (physically or virtually) through bookstores, almost all I see is formulae for life. These books may be correct, but there’s no fun in being correct. There’s only evidence. Which is really only useful at a crime scene when all you have is dead bodies. Proof. Fact. Logic. Billions of little boxes. If we could get close enough to the screen of humanity, we would see our pixel that separates us from the 7 billion other pixels. And right there – that’s the illusion.

The baby sees no separation. Only inclusion. She seeks connection with everyone and everything constantly. Resonance, a sonar of love, of life, building intimacy with diversity. If we can see like this, we will sift the unessential out of the essence, and not stumble up silly philosophical and theological cul-de-sacs. We will read sacred texts with new eyes, and that’s what we need. Babies have new eyes.

When digital graphics editors seek to eliminate pixelation, they use anti-aliasing, interpolation and other forms of texture filtering to eliminate the jagged edges that a pixel creates between itself and its neighbours. The process involves including shades from neighbouring pixels so there is a smoother transition. In other words, if you don’t want life looking jagged and rough, you need to be less binary and more inclusive of those who contrast you. The Bible called that loving your neighbour. If we come to one another without agenda, if we go with the flow of life, we will pick up the infinite possibilities present in the now.

I have found only one way to this seeing. It is to live with an interior knowledge of the emphatic Yes! of the cosmos. Yes to acceptance, inclusion, diversity, creativity, favour and flavour. Just this week, the jagged edge of a pixel ripped through a church in the US, killing nine. Once again, I want to protect the edges, name and blame, but I’m in his picture. My edges are still way too sharp. I don’t want to forget where I came from or who I am. I need to find a baby to educate me.