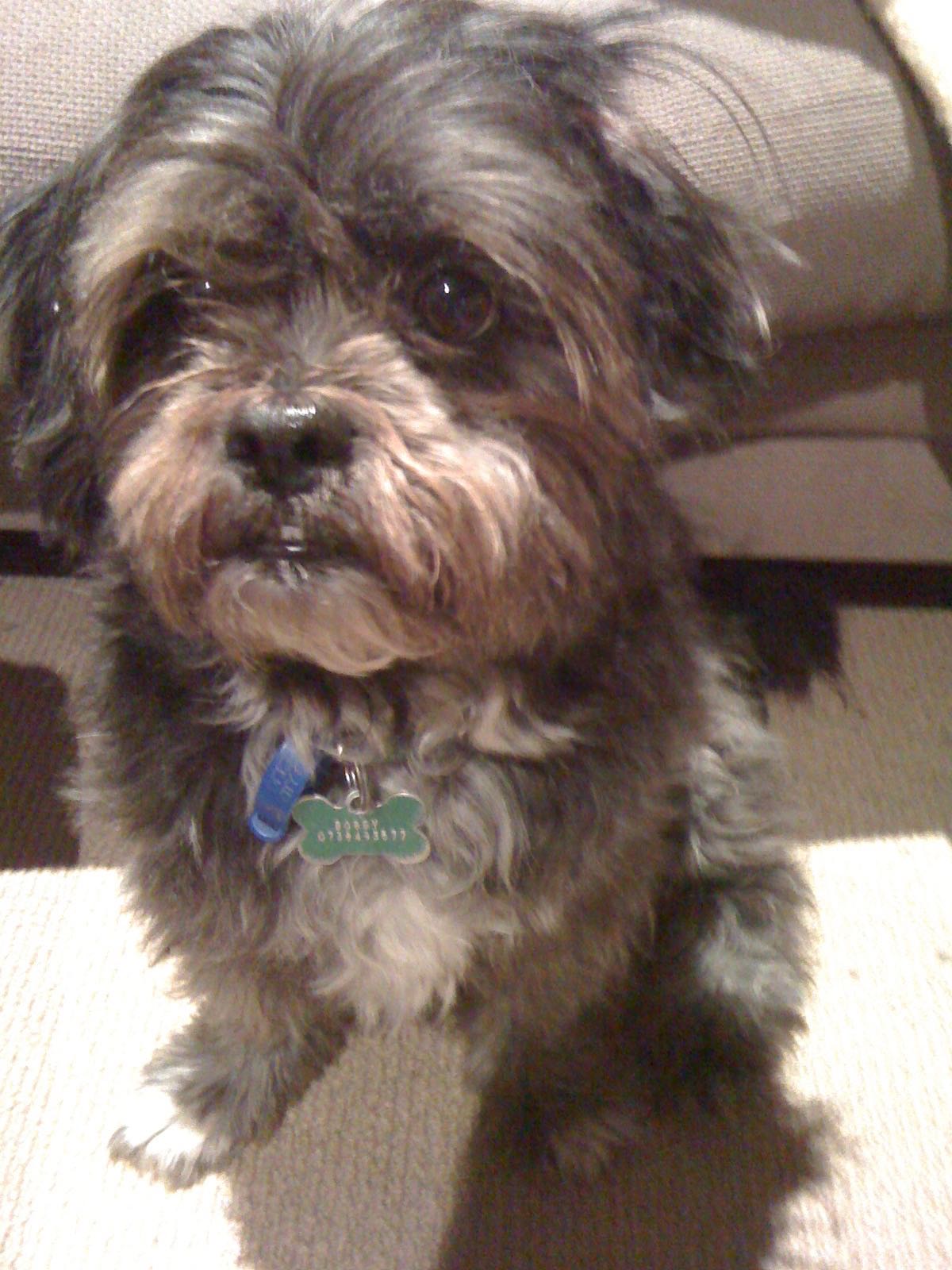 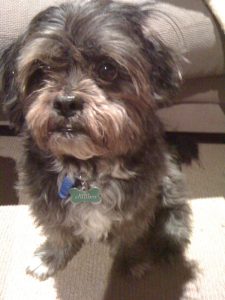 Indulge me a moment. I work and write in the area of intra and inter-relational pain, especially in the area of men’s mental health, so it’s rare I reflect on something as whimsical as dogs. I’ve had two in my life, and I have come to see the truth in the best church sign I have ever seen: “God, help me be the kind of person my dog thinks I am.”

In my early adulthood, my parents had a cocker spaniel, Benny. He framed my last experience of nurturance before I left home. He gave my parents great comfort as they became empty nesters. One morning my father went to hospital to collect my mother after surgery that revealed she had terminal cancer. As they walked across the threshold into their unit, there lay Benny, who had died in the time my father was gone, likely affected by the grief we were all carrying. His untimely death prepared them for a greater grief. Love was the message, and they did not forget it, savouring the short time they had left together.

A decade later, Bobby came into my life. Bobby is a Lhasa Apso who is now 13 years old, and has been the rallying point for our family as my sons went from young boys to young men. Dogs are outstanding at drawing empathy and intimacy from adolescents who find it very hard to express it in the family home. When we are all together – which is not often these days – we go for a late afternoon walk with Bobby. Would we bother if he were not alive? I savour these walks, as I did late yesterday. Although he is still healthy, we know a time is coming when his death will mark the end of our journey as parents of dependent children. But more than that, he will again provide a safe reference point for us to share in great intimacy, in our collective grief.

Recently, Richard Rohr’s black lab Venus died. I was moved, because a single man without children but with a constant companion for 15 years – Venus would sit with Richard as he taught – such a loss is not insignificant. This has led me to muse on dogs. I heard Richard share that he cried for three days, and then he was ok. He knew – as any lover of dogs knows – that Venus drew out Christ in his master. It made Richard’s love immediate, practical and daily. So much relationship is simply spending time together in domesticity. Dogs will follow you everywhere. They tell you that you are wanted.

Yes, we indulge them. There are starving people and we give them what humans often do not get. But love is love. I have learned to not judge what opens up a heart to be tender. I am not speaking of the excesses, but of the vast majority of people who love and care for dogs and understand what a gift they are to us.

There is a reason dogs have become such great companions. We have conducted 20,000 years of human selection. We have fed and nurtured the dogs that have best served our needs. The most agreeable temperaments, the most loyal, the most vigilant protectors, these we fed and bred. They have become more like humans than any other creature. Despite chimpanzees sharing most of our DNA and dolphins having the most developed brains, according to writer and academic Yuval Noah Harari, we have shaped dogs to be like us.

Notice how dogs communicate with one another – by smell. This is not surprising – their sense of smell is 10 thousand to 100 thousand times more developed than ours. If you compared that with our sense of vision, it is like a human seeing another human face more than 5,000 km away with crystal clarity. They can detect cancer in a human when all measuring equipment says it does not exist. Doctors have now discovered that by smelling the clothing of a person, dogs can detect the identify the earliest stages of Parkinson’s with over 90% accuracy, long before doctors can detect any presence of the disease. It’s an amazing ability to filter out all other smells and focus on one smell that makes them such great trackers for lost people, and so effective in the war on illicit drugs. They can identify the age, gender, health and other information from each other’s urine – yet despite their phenomenal sense of smell, their olfactory senses filter out the unpleasant odour of faeces. They don’t have any use for visual communication, with much weaker sight than humans (I might argue this point; Bobby watches TV more closely than us and sees every quadruped that appears on the TV and barks and jumps at it, then runs into the room behind the TV).

Dogs were constant companions to humans for longer than we have been agrarian. That’s longer than we’ve had any form of civilisation. They helped us hunt and to shepherd (NZ even had a prime time TV show “sheep dog trials”), they were vigils as we slept, they protected us from predators at risk of their own lives, they ate our scraps (reducing the prevalence of disease and threats from other animals), and sometimes they kept us warm (hence the saying a three dog night!).

Trust and dogs go hand in hand. Year after year, Dr Harry Cooper, a TV vet, has been Australia’s most trusted public figure. There is something wonderfully homely about dogs. Just yesterday, I threw a ball and rolled on our lawn with our dog and felt the joy usually reserved for boys. We throw our car keys on the floor so Bobby can roll his back across them, scratching himself. Last night, my wife was up until 5.30am, helping one of our sons. Bobby would not settle. He had to stay with her, awake through the night, and only slept when she at last went to bed. I’ve noticed that Bobby will not take a treat from the grooming lady or the receptionist at the vet’s. The receptionist said that many dogs are so loyal to their masters that they will refuse food from anyone they do not know, and will starve in pounds and kennels.

The dog on the tucker box, an icon of Australian colonial history, is a symbol of the loyalty of a dog, that would wait forever for its master to return from his day working on the land, even if he was to never return. I once heard a story about a farmer who told his dog to stay, but was unaware that the farmer’s tractor was rolling toward the dog. The dog sat there as the tractor crushed his hip. The farmer nursed the dog back to health. Such obedience is unheard of among humans. Except the crucified one.

On September 11 2001, Eduardo Rivera, a blind computer technician, was working on the 71st floor of one of the World Trade Center towers. After the plane hit, they moved to to the stairwell, and Eduardo unclipped his guide dog Dorado from his leash, hoping that at least the dog would escape. The dog was swept downstairs by the rush of people, in a stairwell filled with smoke and heat. Sometime later, Eduardo felt Dorado nuzzle him with his wet nose. With the help of a co-worker, Dorado helped Eduardo exit the building shortly before its collapse.

It is not surprising then that dogs lead the way in the struggle with PTSD. Psychology Today’s Dr Tracy Stecker identified their vigilance, protectiveness, respect, unconditional love, trust and affection as the main reason why dogs are so effective at helping people recover from trauma.

As I age, I notice that people get very angry about things far beyond them, they get passionate about causes they really don’t have any active participation in. We can easily become cynical, jaded critics of everything as we age, if we are not careful. Perhaps this is why I wrote this blog. Dogs reveal all my hubris for what it is. It seems those who are most effective are the ones quietly involved at a grassroots level. Dogs remind us to notice this day, this moment. They teach us to savour the big hidden in the small.