Hide and Seek in Couples 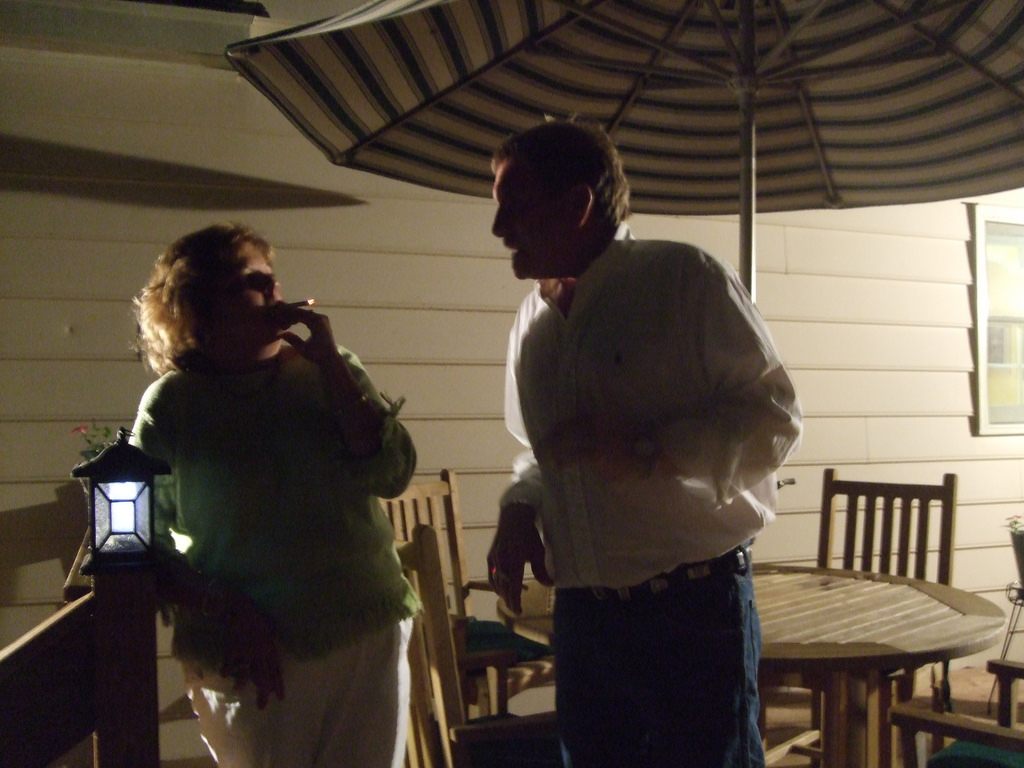 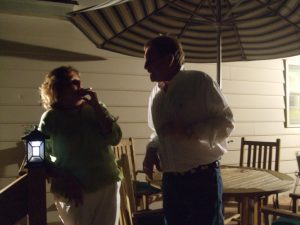 In the following article by relationship counsellor David Cluff, the ways that couples get stuck in conflict are explored, and a way out of it is offered. Practical examples are offered for any couple (or couples counsellor) to consider.

Research reflects that 7% of communication relates to the actual words spoken.(Mehrabian & Wiener, 1967 and Mehrabian & Ferris, 1967).  That leaves 93% to the ambiguity and subjective interpretation of body language and voice tone. Without an immediately discernible language for the unspoken communication forms, many find themselves filling in the blanks with story that supplements the moment.

We find ourselves in heated conversation then, not so much from what is actually said but through the interpretation of the incongruence. Allport calls this interpretation a “perceptual bias” (Allport ;1955, The Nature of Prejudice). Allport also added that “perceptual sets” are created by past experiences. My experience with counselling clients and my journey of self supports these claims.

Sitting in front of conflicted couples while their trying to be heard and understood with verbal language is a reminder to me that there is always so much more going on beneath the surface. Verbal language often masks desire, affection, care, grief and pain. Even though spoken language more often hides the ‘deeper movements’ of a person, it becomes the battleground that holds relationship in the troubled shallows. The misalignment of the verbal and the deeper feelings is the incongruence that triggers defensive reactions in others. I’ve often carried a phrase that states “the unspoken energy is the primal language of humanity”. Many will say “I just want to be loved for who I am” yet very few are willing to reveal who they are for fear of rejection and/or experiencing hurt in many forms. This is especially so in intimate relationships. Alignment of head and heart or congruence, is a breath-taking and confronting process of self-intimacy or “into me and see” (Brown, 2005, The Present Process)  that dares to take the “who I am” to the other as an invitation to accept or reject.

Jack’s behaviours are influenced primarily by his ‘perceptual bias’ based on the familiar non-verbal with his partner Jill. Jack believes that the “rational” language carried by his “calm” voice is what his partner hears. In fact, Jack is masking his discomfort associated with the regressive and patterned belief that ‘he is in trouble’ with logical and carefully worded language. What he says and how he feels are not aligned; that is he is incongruent. The dialog with the counsellor however started to ‘shine the light’ or raise self-awareness around what was happening for him relationally and situationally with Jill. Jack is starting to find language for some of his non-verbal experience.

Consider the check-in with the partner:
Jill: He comes home from work and kicks off his shoes ready to be served
Counsellor: And you feel like the servant?
Jill: Honestly, I work all day and then have to come home to my second job!
Counsellor: It sounds like that frustrates you
Jill: I hate it……….I just wish he’d get off his arse and do things
Counsellor: You’re really after his support in getting things done
Jill: Everything is up to me. If I don’t do it then nothing gets done!
Counsellor: It’s all up to you
Jill: Since the kids came along , it always has been
Counsellor: What would it mean to you if Jack supported you more in getting things done?
Jill: A miracle! Heaven! Like I’m not alone
Counsellor: Do you feel alone in your relationship with Jack?
Jill: (tears and silence)……we don’t even sleep in the same bed anymore
Counsellor: And Jack supporting you more would say that “you’re not alone”
Jill: Yes. Everytime I’m driving home from work, I’m already stressed out and I just wish he’d help out Counsellor: How do you communicate your wishes?
Jill: I don’t…I’m so use to him not helping so I don’t bother talking to him
Counsellor: You get home and don’t talk to him. What happens next?
Jill: Job number 2
Counsellor: What do you notice about yourself when you start your second job
Jill: Mmmm…I’m pretty mad with Jack
Counsellor: Anything else
Jill: I’m short with the kids as well which is normally when Jack comes out of his cave
Counsellor: What happens next?
Jill: Well he comes up and wants me to tell him what he can do
Counsellor: What do you tell him?
Jill: I normally tell him not to bother
Counsellor: how does he respond to you?
Jill: He starts to try and calm me down like I’m the problem!
Counsellor: How do you respond to that?
Jill: I’ve had it by then so I tell him to put his feet up….honestly, he’s like having another child

Before there is verbal dialog between the couple, both are fully loaded with emotional charge and reinforcing self-talk. Jill feels lonely and believes that support from Jack will address that. While there is no doubt that Jack doing more around the house would be helpful, the masked feeling for Jill is her sense of loneliness. Ironically, both react in ways that reinforce the “I’m in trouble” and “I’m alone” states while desiring the other to meet their needs.

Being trapped in the ‘shallows’ of communication, rather than run the risk of revealing the “who I am” or deeper self, enables them to continually misqueue each other and remain stuck. The couple are replaying a well-rehearsed exchange where both hide their feelings and desires through masking and generally incongruent verbal language.

Counsellor: Even though you desire peace Jack, and Jill, you’re after support from Jack, neither of you are getting what you desire
Jill: No
Jack: No I’m not
Counsellor: And peace for you Jack means no tension and not feeling like you’re in trouble and for you Jill, Jack’s support means you’re not alone
Jill: True
Jack: Agree
Counsellor: Rather than communicate your desires, both of you have established a pattern of not communicating which leaves you unfulfilled
Jill: I guess so, I didn’t see it like that
Jack: Mmmm…yes
Counsellor: And if nothing changed, what would that mean?
Jack: I’d hate to think
Jill: I don’t think we would last
Counsellor: What could you do differently to move closer to meeting your desires in relationship?
Jill: I didn’t know that I was feeling so lonely (tears)
Jack: (tearing up)
Counsellor: Is that something you could tell Jack directly?
Jill: (turning to Jack) That’s hard……Jack I feel lonely and I want us to be more together
Jack: Me to (reaches out and holds Jill’s hands) I’ll try to help out more
Counsellor: How could you do that Jack without going back to the ‘dog house’
Jack: Mmmm, the bloody dog house
Counsellor: You go there because of the tension and you feel like you’re in trouble
Jack: I don’t know what I can do about that
Jill: I suppose I am not always in the best of moods
Counsellor: It seems that your moods also has to do with your inability to communicate your desires and feelings with Jack
Jill: True.
Counsellor: (Holds intentional silence)
Jill: Could I tell him how I feel when I get home (looking at the counsellor)
Counsellor: What do you think Jack?
Jack: I could do the same
Counsellor: Can you imagine how that would make things different?
Jill: We wouldn’t be guessing anymore
Counsellor: Would you agree with that Jack?
Jack: I suppose it’s out now.
Counsellor: What’s out Jack?
Jack: Jill will know why I’m watching TV when she’s doing stuff…so there’s nothing to hide
Counsellor: By becoming more aware of why you’re not communicating you now feel like you can communicate more?

The couple commit to communicating how they are feeling inside rather than mask their 93% non- verbal and remain incongruent. Like all change, the relational conditioning will take some time to unlearn and relapses will occur from time to time. The more practice in the ‘unmasking’ communication will bring more congruence and hopefully less reactivity.

Several Sessions Later:
Jill: I got home the other day and I was stressed out again and thinking Jack’s not going to help out, but I said to Jack that I was stressed out so don’t take it personally
Counsellor: How did you respond to that Jack?
Jack: It’s funny. I felt the ‘dog house’ alert (laughing) as soon as she walked in. When Jill told me not to take it personally, I felt relieved. I told Jill I felt like I was in trouble again and Jill laughed.
Counsellor: You laughed Jill?
Jill: It just felt like we were both like kids and I realised how ridiculous we’d been
Counsellor: You’re both talking about your feelings with each other. How about having your desires met?
Jack: I still get the feelings but it is easier to do more. I’m not so worried about getting it wrong. I think what I was doing in the past, was doing only what I had to, so I could get back to the ‘dog house’ as quickly as possible
Counsellor: Incredible insight Jack. Not completing tasks properly was more related to you trying to shut out the tension and the feeling of being in trouble with the TV or Xbox
Jack: I think so, It’s been good to talk about it with Jill Counsellor: And for you Jill?
Jill: It’s been great to have Jack do more but what really stands out for me is how I don’t feel as lonely. Since we started talking about our feelings, and it hasn’t always been easy, I’ve felt closer to Jack
Counsellor: Sharing your feelings has brought you closer Jill: We’re back in the same bed…….

As for this couple, they were trapped in behavioural patterns that preceded and re-surfaced in their current relationship. Their communication historically included hiding how they really felt. How we relationally manage tension and conflict reflects and highlight these patterns. Yet, we try to make sense of them in the 7% verbal while hiding the rest. ‘The rest’ however is the pathway to intimacy and desire. Not only that, and as for the example given, Jack and Jill were hiding their deep levels of desire. The hiddenness may serve as a form of protection from fully being seen (who I am) however it divides our energies and sends mix messages that are interpreted through the subjective filter of past experience.

It is that incongruence that becomes the dominant communication form in relationship. Unfortunately, incongruence sparks the reactive self which stalls growth and widens the yearning gap for something greater. Until a person in the relationship can drop beneath the mask and find language and expression for their 93% non-verbal, the tendency is to demand the other change (conditionality) so I don’t have to feel this way. That was Jack and Jill’s starting position.