It’s Friday, and then it’s Saturday. Forget about Sunday. 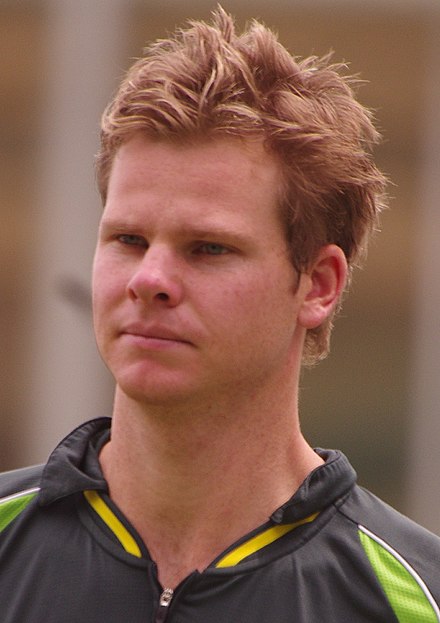 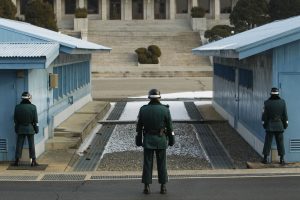 There’s this famous sermon by African American preacher S.M. Lockridge that evangelical Christianity took and ran with a few decades ago: “It’s Friday but Sunday’s coming”. Yes, things are dark and bleak, but it’s going to change, this is not the permanent state of affairs.

It is a stirring sermon and I want to say at the outset that for a minority that has known enslavement, apartheid, imprisonment (at the present time, more black American men are imprisoned than go to college) and great disadvantage, this sermon is a soothing balm for a hurting people.

It is not a very helpful sermon for many white people, especially white, middle class, heterosexual, educated men, many of whom don’t have a clue what Friday looks like. They hear this message and think it means having to go to work, or face a big tax bill, or queue at the supermarket. Or worse, baldness or having to exercise.

For the disciples, Sunday is absurd. It’s not coming, there is no hope, expectation or conception of Sunday. Sunday is back to work, back to business as usual, with the hope of change lying buried in the ground, with the Roman occupiers recruiting whoever they want into slavery, and taxing the rest of us into even worse poverty.

Saturday is a mystery for most people of the Christian faith. It is a nothing day. There are no events, it’s not a public holiday, it’s just another routine day. Yet Saturday is, as I have discovered, the most important day of the year.  A few years ago I visited a church that put on a big Easter extravaganza, with a crucifixion scene that was followed by darkness. Moments later, blinding lights and resounding trumpets extolled the glorious resurrection. That was about as much as the show’s creators though the audience could handle, five seconds of Saturday.

Saturday is not a blip on the radar for vast swathes of humanity, for the vast majority of time since empires were formed around 10,000 years ago. It is life itself. It continues to be, for a large proportion of humanity. Empires like it that way, including, sadly, the one I call my own.

In Biblical stories, Saturday is Abraham, without promised child or country. It is Isaac carrying fuel up a mountain that will incinerate his sacrificed body, as God wills. It is Jacob estranged from his brother and wounded by God. It is Joseph in prison, forgotten. It is Moses in the desert, Israel in the wilderness. It is Job on a dung heap, Jonah in a whale, David in exile, Jeremiah in exile, all Israel in exile (and to understand exile, think Nauru).Saturday is the entire point of Scripture, written by and for a people who never knew power, wealth, reputation.

It is the demilitarised zone between our past and our future, filled with landmines lest we try to retreat to our past or advance to our future. It is liminal space, where we at last have surrendered control. The poet Rumi invites us into this DMZ with these succinct words:

Sell your cleverness
and purchase bewilderment.

Richard Rohr adds that it is the willingness to live with bewilderment that characterises the true person. In other words, don’t try to figure it out. Talk of Sunday is finding an escape clause which gives a logical veneer and renders the message of Friday useless. Talk of Sunday is a thousand self-help manuals.

I’ve heard some say that Christianity glorifies suffering, as if all suffering is a sign of virtue. It is not a truth in that inherently, it holds no gold. Suffering sucks. Masochism is a mental illness to be treated, not applauded. Yet, suffering is the only thing that slows me down enough to get my full attention, that I might see another story being played out within my life. It is only in no-man’s land where I can see the North Korean and the South Korean soldiers and in this seeing, hope to reconcile their differences. All of us have a North Korea and a South Korea within us, that never speak and always fear the other side. It is on Saturday that I stand between these two warring nations and have an opportunity to reconcile their differences.

This week a white Australian man blessed with a baby face, a warm demeanour, an unfettered humility  and untold talent was thrown from the mountain top into the abyss. Steve Smith, the captain of our men’s cricket team, became the Christ figure for the Australian public. His demise appeases our collective shame, our corporate shadow. We want to be seen as the good guys, so we throw under the bus anyone who we can blame for tainting that reputation. And rightly so, I hear some of you say. His “blood” washes away our sins and restores us to business as usual. Except for him. He deserves it, I hear you say. That debate will rage until the 5 minute news cycle finds a new scapegoat (who will probably be a politician).

Deserving or not, a man the age of my sons – a flesh and blood human being – lives with the excruciating knowledge that he has “brought the game into disrepute” (as much by his inaction on the field and open admission off it – something no captain has ever done – as by any active role in this). He has to fill his days with substitutes for the thing he’s good at. He has to find new purpose – knowing that everyone who sees him may be harbouring ill will towards him. The professional corpse is not in the ground, it will show up for more potential castigation every time he walks out his front door.

There is no Sunday for Steve Smith. There is only Friday, and eventually Saturday. And this, I hope, will be his making. This will form character in him that success could never do. This will make him solid on the inside that few captains of our national team could ever know. That’s the invitation of Saturday. And as one who has stood in his own humiliation, his own DMZ, I cannot but feel great tenderness and regard for Steve Smith. He is me. He is you. Any other talk is sheer ignorance.

Our closest friends might be the only ones who know of our great failures. But you don’t get to midlife without a few, or you’ve lived an unfortunate life. Irish philosopher Peter Rollins titled one of the chapters in his latest book “Achieving Your Dreams: A horror story.” Success can only lead to a desire for more success, which ultimately leads to meaninglessness and a full blown existential crisis. It is only in the cave of failure that we plunge into the stumbling, jagged darkness and discover the subterranean river of pure, silent life, free of success.

Saturday is not a blip. It’s one seventh of my week. It’s the last years of both my parents and grandparents’ lives. Which tells me a bit about my future on earth. Tasting Saturday early in the week of our lives prepares us for it’s full blown eventuality later, and lets us live free of striving the rest of the week.

The secret is not the liminality, but the posture within it. Dead bodies don’t desire, they rest. They don’t fix or defend or achieve or prove. They aren’t certain of anything. They don’t care for reputation or significance. They are truly free. Whatever comes after that is none of their business. They trust, in a way. They wait. Their patience is limitless and effortless.

Liminality is the only way I know of where we can die before we die. Steve Smith no longer has to please anyone. He can’t. His reputation is no longer anything worth protecting. He can now discover who he is, apart from the “South Korea” of a Bradmanesque average or the “North Korea” of secretive cheating (how fascinating that the South Korean flag is the um(yin)/yang of balanced energies; and apologies for any unintended scapegoating of the people of North Korea). Smith, as his ubiquitous surname suggests, is just another human, empty of any narrative, learning to hold his opposites so that the hidden story of his personal heroism might be written in secret over a hundred Saturdays. May he show the same patience in life as he did at the crease.

It is then, therefore, that Sunday can eventually come, in a form none of us can ever anticipate. It always ambushes us, and our initial response is usually fear, distrust. But come it will, with all the rain-washed glory of a perfect Spring morning, and invite us into deeper union, a greater love, a more generous freedom, where everything belongs.