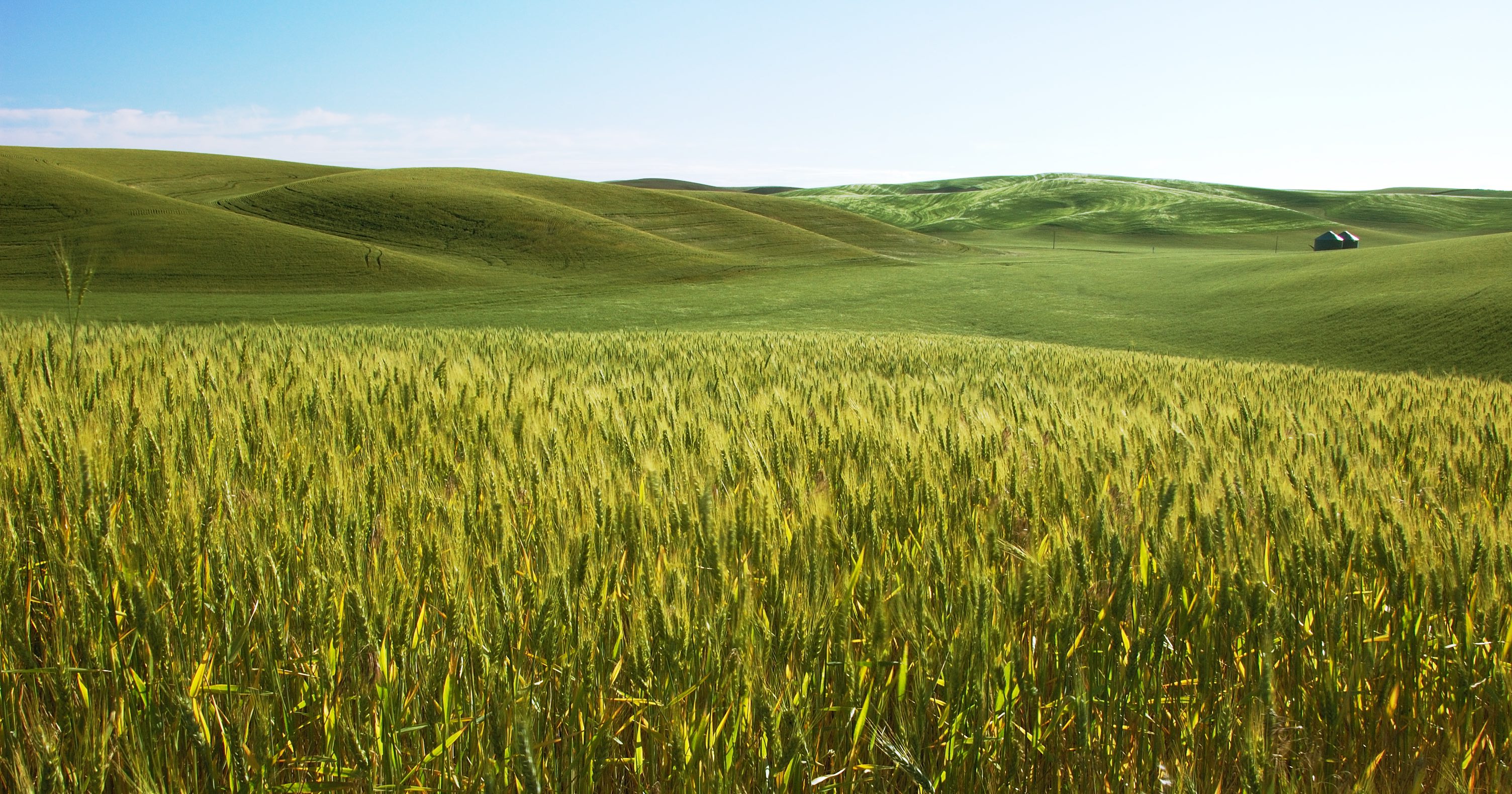 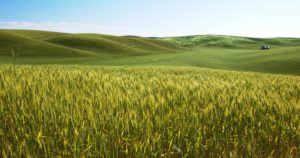 The first poem I heard of Rumi’s is perhaps his most famous:

Out beyond all ideas of right doing and wrong doing, there is a field.
I will meet you there.
When the soul lies down in that grass, the world is too full to talk about.

Which is why I’ve tried to stay mostly silent these past few months on the “Israel Folau” issue. Before you think “not more noise,” stay with me, because I’m not going to choose a side now, either. I’m going to invite you to lie down in that field that is beyond all ideas of right doing and wrong doing.

The world we live in is easily inhabited by opposing forces. When we take a stand on one side or the other, we gain clarity. A binary position helps us settle confusion, and the other camp hiding in the trenches across from us give us an enemy to hate, which empowers us.

But this changes nothing.

Opposing forces tend to cancel one another out. Newton’s Third Law of physics also operates at the emotional level, where every force is met by an equal and opposite force. Increase the noise, and the other side increases its noise. Only one side can win in this scenario, and it’s going to be us! Eventually, the issue of the day moves onto something else, while the opposing forces are more dug in, more resolute.

Who would lie down in the field in the middle, between where either side see only winners and losers, a zero sum game? Who will read this little blog and dismiss it, cynicism snuffing out its voice? Who will join me in the field?

When I was a teenager, I went on a retreat and a friend and I skipped the Sunday morning session. Feeling terribly guilty but energised by our rebellion, we lay down, face up, in a large field of long, gently swaying grass. The sky above us was blue, the clouds dancing. My friend shared deeply of his soul’s ache, his disappointments, his failures. I, too, was real. The wheat and the tares were allowed to grow up alongside each other, and nobody found us, not even the usual ideology that might land us in different camps. Eventually, the world was too full and we just lay there in silence. Here I am, over 40 years later, remembering only that from the entire weekend. Or dozens like them.

“Conservative” Christians are passionately seeking to defend the right to free speech, genuinely concerned that it is rapidly fraying at the edges. They fear the fabric of society is coming undone. They are concerned that in a world where everything goes, nothing matters. And they are deeply concerned – because of the translation of an ancient text upon which their faith is based and the authority that text holds within it – that some will not taste paradise in the hereafter. This, viewed as bigotry by the other camp, is largely seen as love by this camp.

The LGBTQI community, and its supporters – including many “progressive” Christians, are horrified by what they see as homophobia, prejudice and ignorance. They see it as an issue of hate speech, not free speech. They are genuinely concerned about the risk of suicidality among young people who identify as same-sex oriented but feel like they are a pariah within their faith communities. They cannot comprehend why love between two consenting adults is anyone else’s business but that of the couple themselves.

Is there a third position? What does that field look like? And why would you take it?

Is there another more important facet beyond the ideological debate?

Yes, there is. It is always with the needs of the one, never the 99.

I’m trying to imagine a young Christian man calling up an LGBTQI counselling service for help. He would feel like he is committing the unforgivable sin by making the call. He would feel terrified walking in there. He wants to honour God with his sexuality, but he has no idea how to. He’s probably more likely – with the encouragement of his parents – to call a faith-based counselling service. Although outlawed in Australia, gay conversion therapy continues to operate under cover, but regardless, his orientation will be viewed almost definitely as at the very least a confusion, and something to be settled on the side of heterosexuality. God will heal you, the counsellor will likely assure the client.

This leaves this young man in a bind. What he feels within him seems authentic, and he’s read that “conversion” doesn’t work, except in possible rare exceptions. Where does he go?

What he really wants is to be in that field, beyond all ideas of right doing and wrong doing. He does not want his identity to be reduced to any orientation by the LGBTQI community. He wants to know he is loved as he is, not just ok, but of profound worth – even with the sexual energy he experiences.

He wants to explore what his life would look like if orientation wasn’t an issue. Is it possible he could sit with the question and not answer it immediately? What might emerge from his authentic self if there was no fear of the fruit of the tree of the knowledge of good and evil? What if he actually trusted God (with faith so honest that it includes doubt) and chose not to eat from that tree any longer?

His faith community might distance themselves. Such a stance sounds altogether too dangerous. You need to be black and white in a grey world, they will say. But the world doesn’t end up grey. And what if that field is not grey, but green, filled with diverse life that seamlessly cohabitates? And the positions people and communities end up taking aren’t really grey, that’s the problem. Many conservative churches are unlikely to give him the freedom to sit with the question of his orientation without a quick conclusion. Certitudes are viewed as the boundary markers that make communities of faith safe for everyone.

Yes, he will likely be told from the platform that he is truly welcome, but he will later discover that he won’t be able to help people park their cars much less lead volunteers or become staff until he’s got some certainty about his “straightness.” Find a girlfriend, trust God, get married, God is faithful, it will work out, you just need to act in faith and obedience to God’s word. This is the mantra. It hasn’t changed in forever, and that’s the point. God’s ways don’t change, they say.

Many in the gay community won’t know what to make of him; they’ll tell him to let it all go and come and join them, enjoying the full fruits of sexual liberation. Shame is a projection of hatred of the body that goes way back to St Augustine and cartesian dualism, their thinkers will tell him. And they would be right, to a large extent. But then they might say that whatever his body feels needs to be expressed, as long as he isn’t hurting anyone. “Leave your church,” they will say, “you are better off without them, they don’t understand you, we do. You are gay, and that makes you one of us. “

Psychological inertia is often the end result of Newton’s Third Law. People end up so overwhelmed with the noise that they are stymied, frozen. Step in any direction and the consequences may be devastating, they fear. But inertia is the most dangerous position of all. I have encountered gay men who have hidden their orientation from everyone until despair sets in as their peers pair up, leaving them adrift and alone and feeling condemned by God for their own desires – and they end up doing something tragic. The fallout from such actions are seismic on the friends and family of such a person. Or, needing to find a scapegoat for their orientation (because such a deviation from the design of God must be pathological) they end up falsely accusing someone else for it’s origins – dad didn’t love me enough, my mother was overbearing, my great uncle was a freemason, or something far more malicious. Or they marry, and submit both themselves and their partners to decades of frustration and disappointment, only to find themselves struggling to continue in that relationship, affecting everyone in the family – and have no place to take that without someone taking the blame.

The field, this wonderful, spacious place beyond all ideas of right doing and wrong doing, is the only space in which I care to live. Where people can be themselves and whatever they experience, they can explore without fear, but also without needing to act on every impulse, where boundaries are owned by the individual and respected by others, and where certitudes are left at the door.

I am blessed to be part of more than one community that offers full acceptance of people regardless of their orientation (one is even a church!). None of these communities are interested in the tags “conservative v liberal” as they are more drawn to the third space of contemplative presence. The Centre for Men is a men’s community that is as interested in the rightness or wrongness of the flavour of a man’s orientation as we are with his superannuation balance or brand of breakfast cereal. That is, not even remotely. In this field, the world is too full to talk about such things. Often, the world is too full to talk at all. Silence is one of our favourite languages. That’s why the phrase “contemplative presence” is so apt.

Our gatherings, small and large, our counselling and spiritual direction, give space for men of any orientation to be themselves, to let the tares and wheat coexist within us all without a moment’s concern to name anything as in or out. Everything belongs. Everything I bring is welcome, and nothing is shamed or fixed. Where every man’s lived experience, all of it, is something to be heard, honoured and validated. For us, there is only the showing up with our hearts and letting our judgments get out of the way. The rest is none of our business.

In that space, wonderful things can happen. Fear takes no part in the stories of our lives. It’s a lonely space at first, to be sure, because you end up getting misunderstood by those in the trenches. But it’s comforting to at last belong somewhere where you – all of you – is truly welcome.