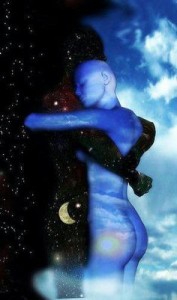 Before you read what I am going to say, I want to state that Australians really do live in the lucky country. Yes, it’s getting impossible to live on any kind of welfare. Yes, the waiting lists in public hospitals can be long, especially for what is deemed elective surgery. Yes, our cost of living is very high – one of the highest in the world. However, we have a thing called Medicare, we have social welfare, we live in a safe nation with outstanding infrastructure and quality of life potential.

Yet…. we have also constructed a society that leads to social isolation, unsustainable pace, meaninglessness (valuing mostly possessions and power), that is increasingly addicted, ageist, trivial, and reactive. Sixty years ago, Thomas Merton prophesied over the West with these damning words:

“We live in a society whose whole policy is to excite every nerve in the human body and keep it at the highest pitch of artificial tension, to strain every human desire to the limit and to create as many new desires and synthetic passions as possible, in order to cater to them with the products of our factories and printing presses and movie studios and all the rest.” (Seven Storey Mountain).

It works for children – while they are stimulated – but wait 20 years and watch the tide come rushing. We have a tsunami of depression and anxiety, and our model of mental health is not working. There is an ever increasing demand for mental health services, and they are not addressing the problem in any sustainable way. People are given evidence-based treatments – mostly Cognitive Behavioural Therapy (CBT), which addresses the way they think – and then put back into a sick world. The goal is not wholeness, but productivity. The Indian writer Jiddu Krishnamurti observed that “it is no measure of health to be well adjusted to a profoundly sick society.” But this is the mental health model we have embraced. A few rounds of CBT and you are as good as new. Apparently.

Don’t get me wrong. CBT is a very good therapy and it has its place in the arsenal of a good therapist. But it is like sending a surgeon into theatre with only a scalpel. On its own, it isn’t enough. A recent Guardian article “Therapy Wars” explored the long-term efficacy of CBT in patients. Yes, in the short term it brings quick results. Wait a few years and there is growing evidence that the problems do not only return, but are more challenging.

The Australian Federal Government, wanting to limit funding for mental health issues, restricted Medicare-rebated therapy to up to 10 sessions per year, conducted by an accredited psychologist. Dr Pieter Rossouw, director of the master of counselling program at the University of Queensland, has argued with Canberra that this model gives clients time to open up their unprocessed pain in a trusting relationship, then terminates that relationship – sending them back out into the world, with the wounds, often decades old but now exposed to consciousness, gaping.

Carl Jung saw humans like icebergs, with about 95 percent of who we are hidden from ourselves. We are mostly unconscious. The brief therapies the Government supports address the 5 percent of our conscious selves and barely begins the work of integrating the shadow self. It can be little more than polishing the persona. The one incontrovertible fact that we have discovered from research into the efficacy of therapy is that the approach is not that important. The quality of the relationship between the therapist and the client is the box and dice.

We are not scientifically validated theories. We are works of art, mysteries to be sure. We are relational beings, and our wounds are relational. They can only be mended through the quality of relationship that clients experience in therapy. Men especially, as my friend Rob Jones has noted, have very shy souls. It takes a deft touch, genuine care, an undefended, fully present therapist to open up a man’s pain, the shame that he carries, the loss and disappointment that haunts him, and help him embrace the shadow he has spent a lifetime judging. I have no doubt that there are many psychologists who offer this care. But there are also many very fine counsellors – who are not limited in method but are not able to offer their clients any Medicare rebate, despite years of lobbying.

I admit to bias, but I do know that The Centre for Men possesses counsellors who are trained to offer care with the highest levels of self-awareness, authenticity, and personal and professional accumen. I know this not because I am one of those counsellors, but because seven years ago, I was a beneficiary of this care. I got well because of the approach my counsellor took. I didn’t get put back together the way I was. I didn’t get my thinking straightened out. I wasn’t fixed. Instead, I got my entire internal perspective of reality realigned. I was given an entirely new way of seeing, a new way of being, not simply a new way of thinking. The radical nature of what I underwent cannot be underestimated. As well as possessing the essential tertiary qualifications, our male counsellors have been initiated through the Men’s Rites of Passage (MROP) and have engaged in their own counselling, formation and spiritual direction. Our female counsellors undergo similar preparation.

But we value relationship more highly than merely the one that exists with the counsellor. We invite men into small groups of other men, where their story can be heard, honoured, valued, never fixed or judged. We invite men out of isolation into our care and then, ultimately, into healthy community. This group work continues for the rest of our lives, as I can attest to. My own men’s group starts in a few hours from now. It is a highlight of my week. It often starts with good counselling, but it ends with healthy, life-giving community. This is a model that will take many generations to impart into our fractured society.

In late 2015, with the help of board member Jon Coleman, I applied for a Suncorp Brighter Futures grant, to help subsidise the cost of counselling for men in genuine financial hardship, and likewise to help subsidise the cost of MROP for financially struggling men. We sought funding for these two areas because these are two key components of bringing men into a whole new way of living. I am delighted to announce that we have won this grant. It does not make counselling (or MROP) free – men do their work when they make a financial commitment to it. However, it does make counselling more accessible to those who might otherwise not afford it. Of course, the needs are endless and the funding will run out one day. But that doesn’t matter. Jesus walked past the beggar at the Gate Beautiful. We are only called to do what is in front of us.

You’ve heard the story, I’m sure, of the boy who was walking along a beach strewn with thousands of marooned starfish, bending down and throwing them back into the water, one by one. An observer told him he was wasting his time, he would never make any difference with his puny efforts. As the boy threw another starfish back into the water, he looked at the critic and said “I bet I made a difference for that one.”