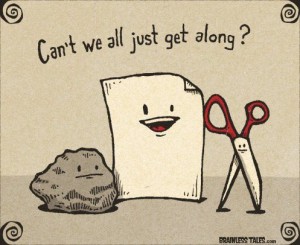 You find a group of men who are safe, real, vulnerable. They get it, they hear you, and you hear them. Ah, you think, eureka I have found it, the utopia of broken allowed to be. You breathe out, relax, feel like at last you can peel away all vestiges of the mask.

And about then it happens. Mike says “this is John, he’s a friend of mine, and he’s been looking for a safe place to connect.” You love Mike’s inclusive heart, and welcome John. The dynamics of the group are a bit wobbly because it’s hard to be soul naked before a man you don’t know, but you feel pretty confident the group will find its mojo again, or at least a new mojo, in short time.

John spills his guts. Blood and gore everywhere. This is good, he must feel really safe, you think. You get eye contact for a moment, and you offer “I hear you” or the resonant “ho!” to his courage in sharing. This is good, you think.

The next time you are together, John spills his guts all over again. Same issue, same topic, same comments. Rage, frustration, apportioning blame. You know that you aren’t here to fix, but you get a bit fidgety. You’d like to help John, but you aren’t sure how, and you certainly don’t want to shame him. So you stay silent.

The next time you are together, John ups the ante. It’s not only his ex he’s mad at. He’s furious at the Government. Or the opposition. Or those Greenie loonies. He thinks climate change is bulls**t. Or he thinks anyone who buys an SUV is evil. He hates muslims, or those who hate muslims (liberal thinkers often only change the end of the wicket they bat from, but they are still at the same crease). Sometimes you agree with him, but you know that’s only the mind/ego game, and he’s very black and white about everything, and the conversation seems to be less and less about him and more and more about everyone else.

The other men in the group look at each other with nervous glances. You can read them. What do we do now? Bob stops coming three weeks in a row because his daughter is sick or his car is getting serviced. You find your mind wandering to what you are doing this weekend. Graham starts talking about his favourite verses in the Bible. Not that there’s anything wrong with that, but Graham never hides. Something has to be done.

A man who does has not learned how to be attend to his own pain is a time bomb in any group. And there are a bunch of reasons for this. He might have a lot more pain to process than you (and he might be there to teach the other men to show extra grace; he might be a messenger sent to clean you out corporately for some new delight). He might be very early in the journey of embracing his shadow. He might be suffering from depression, or a personality disorder that prevents him from being self-reflective.

Jesus talks about letting the weeds grow up with the wheat. They look the same (except for the root structure, which is hidden in the unconscious), but there is no bounty in their pain, only more pain. But to let a man to wreak havoc in a group is not a good idea.

There are three interjections that any man in a group is invited to share.

The first is “I hear you, thank you.” This means you are rambling, you have shared what was on your heart, but now you have gone off track and invariably gone up into your head. We all do it at times. It’s an invitation to stop talking. Being lean of expression is vital for the group to stay connected to one another. A long-winded check in will get other men silently rehearsing their own sharing or getting distracted by stray thoughts. Either way, connection is lost.

The second interjection is “thanks, but what’s on your heart?” This is where a man starts in his head and shares his opinions on other things, and has forgotten to be vulnerable, to go in and down. It’s scary to be seen, and it’s easy for a man to dodge the heart of the matter. To always and only speak from the heart is an essential discipline for a rewarding experience for all the men.

The third and slightly more challenging response is “what do you notice is your invitation in this” or “what do you sense God is showing you through this?” When a man shares the same story over and over, it suggests he’s “pushing against the goads” – he’s bargaining with reality, and reality keeps pushing back with equal force. It reminds me of the story of the captain of the ship sending out the message to an oncoming light “we are a large ocean liner, please adjust your heading to 15 degrees starboard.” The reply came back “We are a lighthouse. Your move.”

To invite men to be self-reflective need be no more challenging than this simple response. It may not have occurred to the man sharing that he is a stuck record. The wonderful discovery of initiation is that our pain is our greatest teacher. That suffering grows us, if we allow it. God is always teaching us something through our struggle.

Whenever a new man joins your group, it is good to go through these simple responses again, and explain what they are for (along with the need for spontaneous sharing from the heart, listening from the heart, no rehearsing, being lean of expression, no fixing or correction or advice or cross talk, and total confidentiality).

However, sometimes even these gentle instructions don’t address the problem. At such times, it is important that someone from the group (ideally a recognised elder or designated coordinator) takes aside the brother who is struggling to find his inner truth and asks him a few brief questions:
1. How are you finding the group? If he hates it, then it is a good time to find out why, and if he says he doesn’t like other men in the group, encourage him that perhaps the group is not right for him. If he loves the group, you can ask
2. Has he noticed that he is expressing things in a binary way? (it is important to have an example or three). A short introduction to non-dual or unitive consciousness might be invaluable. Or lend him some teaching on non-dual perspectives. Here’s what Richard Rohr has said on the topic:
“Contemplation teaches a different mind which leaves itself open so that when the “biggies” come along (love, suffering, death, infinity, contradictions, God, and probably sexuality), we still remain with an open field. We don’t just close down when it doesn’t make full sense, or we are not in full control, or immediately feel validated. That calm and non-egocentric mind is called contemplative, or non-dual thinking.

“The lowest level of consciousness is entirely dualistic (win/lose)—me versus the world and basic survival. Many, I am afraid, never move beyond this. The higher levels of consciousness are more and more able to deal with contradictions, paradoxes, and all Mystery (win/win). This is spiritual maturity. At the higher levels, we can teach things like compassion, mercy, forgiveness, selflessness, even love of enemies. Any good contemplative practice quickly greases the wheels of the mind toward non-dual consciousness. This is exactly why saints can overlook offenses and love enemies! We must be honest enough to admit that this has not characterized most Christian clergy or laity up to now. It is not really their fault. No one taught them how to pray, even in seminaries or the typical parish.” (from the CD “Action and Contemplation”)

If this talk creates any sense of defensiveness on his part, slow it down. One-on-one discussion with him would be a good way to help him understand the difference between the ego’s attachment to things and truth held in the heart. But sadly, many men (and women) never get this. The hardest thing would be to tell a man that it is clear the group is not working for him, because he is unhappy whenever he is present, and it would be better if he did not attend. This would create a grief in him, and in the whole group. But, as I have witnessed, that grief grows us in ways we cannot predict.

When all else fails, I exhort any group leader in this situation to reach out to an elder: A counsellor, spiritual director or mentor who is further along in the journey. Don’t struggle alone or try to keep plugging along thinking you are being virtuous by accepting the disruptive man. It does not help him to offer him faux inclusion when he is actually seeking to exclude himself from the spirit of the group, even though he is physically present.

And remember the role of silent prayer. Whether it is for five minutes or 20, contemplation dislodges the ego’s control mechanisms. A man who is committed to asserting control will find the ‘sit’ boring (a sure sign the ego is wanting to be in control) and won’t want to stay. Ongoing teaching of the role of prayer in bringing to the surface the ego’s endless machinations and surrendering them with our breath is important to remind men to learn to be present to Presence, and not invest in their noise.

The first thing I learned when I discovered centring prayer was the only thing I could do to get it wrong was to not do it. This is to put the ego back in the driver’s seat. So it is with your gathering. Communities of all sizes have periods of chaos where we seem to strike against one another more than usual, and others of emptiness where it doesn’t seem anything works and you want to just give up. When you want to say “let this cup pass from me.” These are important to step us into authentic connecting.

In his talk on the four gospels, Richard Rohr (again) comments how the gospel of Mark “is an extended introduction to an extended passion, death, and resurrection account. Mark is telling us that this is how a life of truth and faith culminates in this world. Rather bad news more than good news. There is a cruciform pattern to reality. Life is filled with contradictions, tragedies, and paradoxes, and to reconcile them you invariably pay a big price…. It eventually becomes evident that you’re going to get nailed for any life of real depth or love, because this upsets the world’s agenda of progress. This is not what the world wants, and not what the world understands.” But this is what, over time, builds a depth of connection that will be the greatest solace to a man’s journey. In my own group, because of the dear hearts of my brothers, this is what I have experienced.