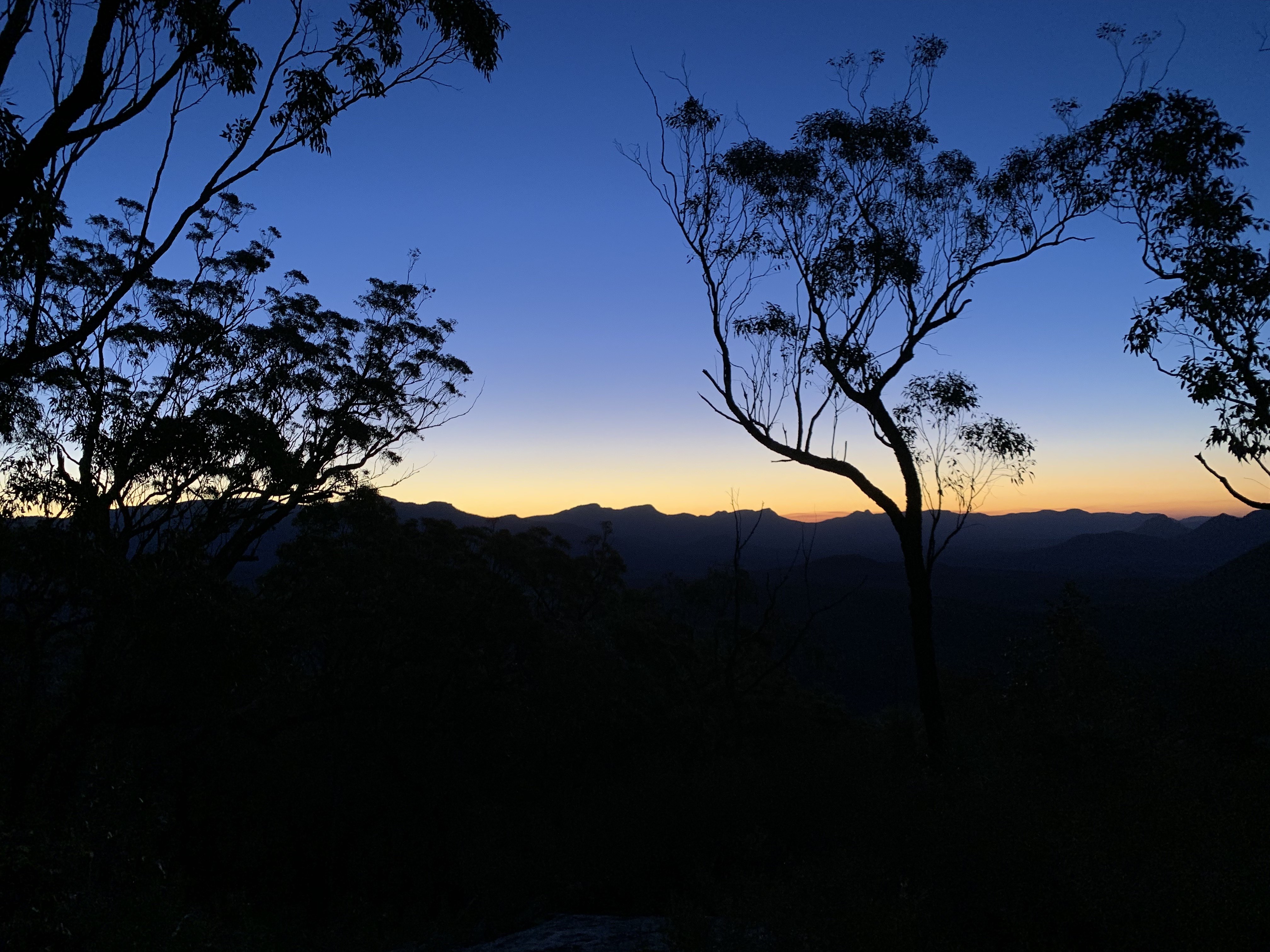 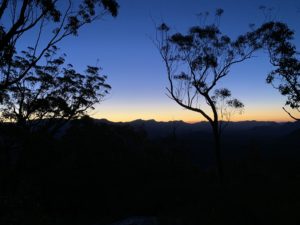 In late July this past year, on a clear, cold winter night, I sat on the west-facing precipice of a still warm cliff, waiting for all the light to wash away. I had enjoyed the silent company of several others, who gradually retreated to camp as the darkness pressed in. Still, the sky held court, lilac giving way to hammered gold against the silhouetted gums.

This precious slice of mountain we colloquially call Bartopia, in the Scenic rim tucked in behind Mt Barney, has known severe drought for three years now. The water tanks are empty, the dams are empty, and now, in the pulsing core of summer, much of the land is scorched. But not all is lost. A local remnant of Antarctic beech trees, the last remains of a forest that held sway some 180 million years ago, was spared the fires that have devoured too much of this land. The land waits, and waits, and waits for the most precious thing of all, the water of life.

The prophets have always held out before them that word remnant – a word that seems incongruent with the rest of their message. It is like a firefly blinking briefly in the middle of the darkest night. Its role is hope within hopelessness. It makes room for lament, the life-restoring expression of great pain that finds a hearing in its cries. This is no despair. Despair leads to apathy, inaction, futility. Remnant is a tiny, silver thread that runs from what was to what will be, and like a spider’s gossamer web, its robustness defies its slender proportions. Some flames cannot be extinguished, for they are fuelled from a source we cannot see.

The season of Advent within the Christian tradition carries this sense. The epic opening of John’s Gospel speaks of a light that has come into the world that the world cannot comprehend or extinguish, even as it attempts to. Like those whack-a-mole sideshow games, no matter how fast and hard life slams down on our hopes, they keep popping up somewhere else unexpected. Now it will spring forth, cries the prophet, but will we be aware of it?

I was raised in a tradition that viewed the remnant as the holy, faithful ones, which were always “us” doing the things that we defined as approved by God. To be honest, the things we did were often really quite boring and not very life giving at all, but it did make us feel approved. Feeling approved, we carried a sense of comical (to others) spiritual elitism, the world can burn but we’ve got insurance. That’s the opposite of a remnant; it’s a silver foil insulation against reality that changes nothing and nobody.

I have since come to understand that the remnant is in all of us, as it is in all of nature. I spend time with alcoholics and drug addicts in detox, at the absolute end of their ropes, and see this unlikely hunger for sobriety and flourishing. This hope in them may be inchoate, but it is also persistent against all odds, and it reveals an irresistible desire for life.

All of us, even the most broken, are like these huge eucalypts. Lignotubers, large bulbous stores of life at the base of trees, await the first rain to spring into action with abundant growth. Epicormic buds along the trunk of the tree burst forth with shoots after fire, making the whole tree grow leaves. The hard, woody capsules dropped by trees burn away, revealing the fertile seeds now lying in a bed of nutrient-rich ash and soil. The fierce competition for light has been stripped bare by the burning of the canopy. Foraging animals are driven out by the fire and plant-eating insects are removed for a time. Within months, a cindered wasteland becomes a verdant field of life.

The fires of 2019 will go down in history as the most extensive ever seen. They seem to mirror a fire that is going through other aspects of the ecosphere, and our political and economic landscapes. But fire has also always been considered a good thing, a purifying force, a harbinger of the new. As a year ends, the invitation is to dig down into the places within us where remnants of beauty, joy, peace, generosity and kindness still dwell. They will be quiet, small and inaccessible to the fantasies of our mind or the brutalities of our will. But these are the places where our lives are hidden.

So, no new year resolutions. Simply to trust that there will be remnants within that will always bring forth life, and the willingness to gently attend to those remnants, and let them do their work. Even now, I know of a time in the year ahead that I will sit on a precipice facing west, and watch the light wash away as cold winter air wraps its fingers around me. As evening falls, once again hope will surge within me. For what, I will not be able to tell. It is not mine to open, only to hold as an elegantly wrapped gift from beyond.