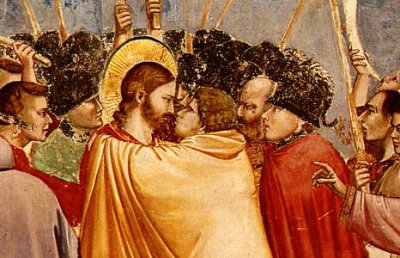 Lent is a quaint idea in a world of abundance. Fasting anything seems faintly odd. However, how much more do we need to be without, when we are always with? How can we see what is beyond when our immediate field of vision is so filled with things?

I have struggled writing this blog. I doubt many will understand it. Yet I feel compelled to write. I don’t even know what I am writing about, because words are failing me.

I watched the movie Silence yesterday (this may contain spoilers, though none intentional). A worthy Lenten endeavour. Three hours of torment. What am I willing to lose that I might be found? The things I might give up in this season are trivial. Alcohol, or social media, or sweet foods. The protagonist in Silence is asked to give up his declared faith. To trample upon the image of his Saviour. To betray every person that calls themselves Christian, in order that they might be spared their lives. To exterminate their eternal hope, in order to protect them from temporal suffering. To turn your back on the one you worship, because the people you love are in such agony.

They all might, but I never would. The night is long, wait for the rooster.

A few decades ago, Bono played with the idea of a conversation between Judas and Jesus. It became one of U2’s most played songs, Until The End of The World. The bridge is one word, repeated over and over. Love love love love love love. Does love really conquer all, or is that simply a description of those who have the right ideology, who have fulfilled their obligations, who are approved as good, saintly?

The final verse reads:
“In my dream I was drowning my sorrows
But my sorrows, they learned to swim
Surrounding me, going down on me
Spilling over the brim
Waves of regret and waves of joy
I reached out for the one I tried to destroy
You, you said you’d wait
‘Til the end of the world”

I have an immense problem with the damnation of Judas. Beloved friend Judas. Confused, conniving, self-serving Judas. Complicit, cunning, yet called out, for he is loved. If Judas be damned, I most certainly be damned. If he is my friend, even if he betray me, do I betray him in return? Do I not betray myself if I shun him? Could I enjoy my father’s house if my friend suffers outside? Would I not forever take up camp with my friend, even if he betray me? How strong the bonds of love, how inexhaustible.

Yes, he’s the villain, a good story must have a bad guy. We’ve always needed a scapegoat, yet oddly it is upon him we heap our sins, while we adore the blessed Jesus. What if the villain is my friend, and I cannot give him up? If I damn him, am I not damning the entire thing?

Followers cannot see the man on a tree. They see their Lord and worship. That is to fail to understand what the whole thing is about. Followers cleave to their leader but their leader is abandoning them. The whole exercise is in shambles, irretrievable. He’s even lost God. Perhaps the women got it. Certainly not the men.

We cannot see because we are seeing from the wrong side of the event. It takes an almighty spanner in the works to get us to the effective side of the cross, where the work is done. Lent might be an intentional way to nudge us there, but it is still so hard to peer through this dark glass.

For much of my life, faith was defined in being found. I hear the rejoicing of young followers, living beyond of all that once beset them, living in joy and hope and freedom. I even knew of people who claimed to be free of sin. I chuckle at that thought now, so entrenched in the concepts of sin management and sin consciousness that progress is measured by a personal capacity to perform according to some arbitrary and technical definition of sin. The false self loves to build towers of virtue more than any other kind.

“I am mercenary and self-seeking through and through:
I want God, you, all friends, merely to serve my turn.” (C.S. Lewis)

But your breakers crash over me. What is this thing called ageing that recompenses us with doubt and confusion? Ah, humility, I thought you a pretty lass, but you are an ugly and greedy companion. You want everything, every last vestige, all my proclamations, all my rewards. You even want my belief to fail. Only then do I see the view, only from the bottom.

Beyond Ignatius’s purgation, beyond his illumination, there is union, at the heart of the matter. Union is not sweet bliss, at least not gained as sweet bliss. It is bitter loss beyond all reckoning. We bandy words like liminal, as if it is a concept, a theory worth discussing. It is abandonment, despair, futility, powerless agony of the soul. Such destitution is covered in ash, not theory.

Paul sounds effusive when he declares “I consider everything a loss because of the surpassing worth of knowing Christ Jesus my Lord, for whose sake I have lost all things” (Phil 3:8, NIV). What if this knowing requires us to lose all sense of which way is up? To lose all things does not mean to lose most. It means to be desolate, a beggar. To find Christ is to lose all sight, to deny and betray and stagger in the night.

After seeing Silence, the only desire I am left with is to be with Judas in hell for all eternity. Only here do I understand the phrase “he (Jesus) descended into hell/the dead.” It is only here where I understand. To be lost for love, to not be found, to doubt and be weak and broken and small and ignored by my tribe as mistaken or bad or sad or wrong. To be Merton’s noble ruin from whom saints depart in every direction, to be apostate.

To be honest, I’m sure of only one thing that remains.