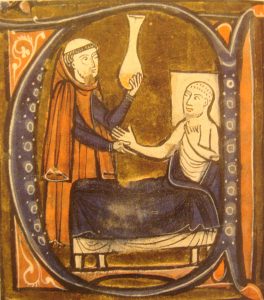 We humans form a bunch of defences against pain, and most of them don’t work. One does. It’s a piece of genius that marks resilient, flourishing people. It’s called sublimation. Let me explain with a story.

A friend of mine lost his son to a rare genetic disease. He formed a charity to help find a cure for that disease. That charity is now global, Jeans for Genes day. His grief was sublimated into social action.

A woman found herself alone after a bitter 20 years with a violent alcoholic man. She could not get past the powerlessness or the dirty pain that haunted her. She felt like she could never trust a man again. What did she do? She created a group for people who have survived similar relationships. She did not create the group for them. She created it for herself, knowing that hearing their stories might give her the courage and wisdom to move beyond her trauma.Together, they find solace, and new strength.

At a seminar for mental health professionals, the presenter asked how many present had experienced childhood trauma. About 90 percent of the hands went up. This is the psychospiritual geothermal power station for social action. Sublimation is the creative redirection of a furnace of difficult energy into socially constructive efforts. It empowers the “victim” but it transforms society.

The parable of Kisa Gautami illustrates this beautifully. Lisa Gutami had a one year old son who died suddenly, plunging her into unending despair. She went from house to house with her dead son in her arms, begging for help, but nobody could. A friend advised her to go to The Buddha for help. She carried her son to him and asked what he could do. He listened quietly and carefully and then said “there is only one way to heal what is broken. Find a house that has never known death and collect a few mustard seeds from it, and bring them back to me.”

She could find no such house. She learned that death visits us all, and her grief belonged in life, however painful it was. But she also heard the suffering of so many, and was bonded to the human story writ large now upon her own heart as a shared story, an interconnectedness that enveloped her with an invisible presence in this world. And her heart was healed, not by removing the pain, but by including it. The death of her son had brought her a community of love.

C.G. Jung saw sublimation as the philosophical heart of alchemy, a process where true gold is made from dross. French psychoanalyst Jacques Lacan called sublimation an ex nihilo (out of nothing) creation of something. An object is formed in our lives out of the emptiness we feel at times of great loss, as an attempt to replace what was lost. Emptiness is the engine room, like the formless, dark void that led to the creation of everything. It is as if existence itself is the irresistible creative force that formed out of emptiness our beloved’s smile, Vincent’s Starry Night, Tchaikovsky’s sixth symphony, and in some small way, this blog. Creativity is the key.

We say we want perfect lives, lives marked by wealth and beauty and health, but this is an illusion. We cannot love perfection, we can only admire it. We can only love what we call imperfection, for empathy is only born of struggle. Nelson Mandela, who was born 100 years ago this week, is a towering example of sublimation. Many years in prison seasoned his bitter anger towards centuries of oppression into a compassionate transformation of his society.

What is begging to be sublimated in your life? It is likely to be the stickiest, most unwanted thing. You can be sure that others have experienced it. Find them. Hear their stories. Tell yours. There is a big bang of creativity waiting to happen in your darkest corners. What happens next is the unimagined transmutation of alchemy.