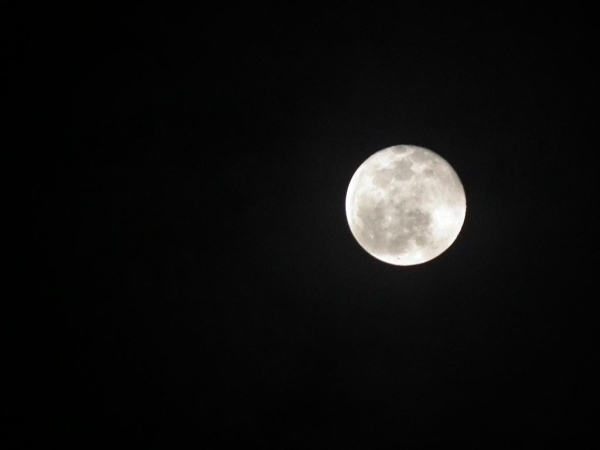 I want to write about faith, but I am plagued by uncertainty.

Our brains like certainty. They like to name things, so they can colonise what they name with specific meaning. They hate uncertainty. It creates a sense of powerlessness that is very difficult to sustain for long periods. Neurologically, it’s very challenging.

In the past few weeks, my wife Judy and I have been looking at ways that will allow me to work from home for some of the time. Our current home does not seem suitable, so we have gone searching. I found a house. My sons and I loved it. Judy did not. This led to over a week of consternation. She did not expect me to live somewhere I did not want to live, and I likewise did not want to force her to do the same. But neither of us were in agreement. It was a non-space in our marriage, a liminal suffering.

Judy felt guilt, pressure, a foreboding sense that either she would have to give up what she wanted, or I would hold her to ransom for not giving me what I wanted. When you really love someone, it creates a tension and a distance that makes emotional intimacy very difficult. It brought the worst in both of us to near the surface. But it invited the best, as well.

There was a third alternative, between the thesis (stay where we are) and the antithesis (buy the house she didn’t like), but it was not easy to see this synthesis. It didn’t mean divorce, or compromise, or buying two houses. It involved something neither of us could imagine, but I did sense this third way. I could not name it, for to name it is to control it, define it, and I was not ready to do either. I had to hold the ‘un-it’ within me, and invite Judy to do the same. The word I am looking for is faith.

I have heard will power, what Gerald May called willfulness, be described as faith. The bold “they might betray you but not me, Lord, I never will” declarations built in a false trust in our own feeble power. I’ve read ad infinitum bold declarations of this energy be described as the Christian ideal. They are the standard fodder for many books and movies that assert what the virtuous person should do or be. As soon as you come across declarations of “I will do this” and “I will do that” pronouncing future virtue on your actions, be assured this is not faith. It is healthy and vital in the first half of life, but it will come to ruin. I could explain this willful determination in purely evolutionary terms.

Faith is something else. It is weak, wavering, timid, insecure, stumbling. It is so fragile in its essence that it is no more than a seed of something. Not even a seed, just a mere grain. The ‘something’ holds within it the DNA of the grain, and is strong and self-sustaining, but the grain itself has no such confidence, even though the grain is the (no)thing. The something is alive, but the seed must die. And be buried. And this goes entirely against our supposedly evolved selves, because its a trust in darkness that defies logic, and yet enlarges us.

“Unless a grain of wheat is buried in the ground, dead to the world, it is never any more than a grain of wheat. But if it is buried, it sprouts and reproduces itself many times over. In the same way, anyone who holds on to life just as it is destroys that life. But if you let it go, reckless in your love, you’ll have it forever, real and eternal.” (John 12:24-25, The Message).

Retelling his journey towards a career as a poet (surely the most absurd ambition a modern western man can have), David Whyte wrote of the embryonic darkness within him in his poem on faith:

I want to write about faith,
about the way the moon rises
over cold snow, night after night,

faithful even as it fades from fullness,
slowly becoming that last curving and impossible
sliver of light before the final darkness.

But I have no faith myself
I refuse it even the smallest entry.

Let this then, my small poem,
like a new moon, slender and barely open,
be the first prayer that opens me to faith.

Eastern Orthodox bishop Kallistos Ware writes of Moses’ journey from a burning bush to a pillar of cloud and fire to “thick darkness.’ The more he journeyed toward, the less in control, the less certain of anything he becomes. Thomas Merton wrote “faith is a principle of questioning and struggle before it becomes a principle of certitude and peace.” This questioning is not with the mind, for the mind only offers names to what it wants to colonise. It is the questions of the heart which run much deeper, inconsolably so. Faith refuses consolation, but yet hopes in despair. It uses despair as the soil of transformation.

Peter Rollins called the cross the time when God became a practical atheist, as Jesus called out “my God my God why have you forsaken me?” I’m agreeing with the atheist. Faith is a falling into nothing, it’s a letting go into not knowing, it’s leaving with the difficult tension of not being able to give answers, and moving beyond them altogether to the place where we live the questions, as the German poet Rilke put it.

This week, we celebrate this unknowing. This practical atheism. This is the essence of the Christian faith. We would rush to resurrection Sunday, for even if we don’t believe the story, we know that Jesus was just taking a three day nap. Or it is the recreation of a common Greek myth. But the disciples had no such expectation. They had no knowledge or understanding. They had pain, confusion, abandonment, disintegration, despair, and more. These are the ingredients of this difficult thing called faith. This is the grain. This is the stupid farmer scattering seed scattered on hard ground even as the birds steal it away. It is a nothing. That’s perhaps its power. As a constructed self, the ego doesn’t know what to do with a nothing. But the heart, strangely, does.